Texas Judge Tells Man to Get Married and Write Down Bible Verses or He’s Going to Jail August 7, 2015 Hemant Mehta

Randall Rogers, a Smith County (Texas) judge, issued a strange punishment to someone who got caught up in a fight.

It started when 20-year-old Josten Bundy punched out his girlfriend’s ex-boyfriend: 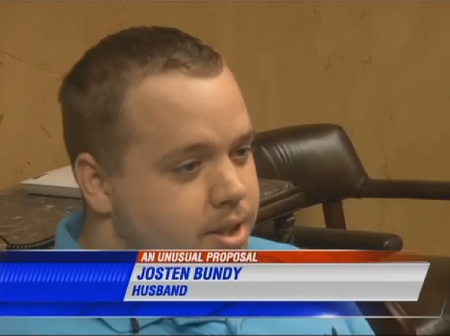 “[The ex-boyfriend] had been saying disrespectful things about Elizabeth, so I challenged him to a fight,” said Bundy. “He stepped in and I felt like it was on and I hit him in the jaw twice.”

Let’s skip over the whole “I’m totally judging you right now” thing and get right to the sentencing:

[Judge Rogers] sentenced Josten Bundy to get married to his 19-year-old girlfriend as part of his probation, which also included writing Bible verses and getting counseling.

If Bundy declined to do the probation, he would be sentenced to 15 days in jail.

While the media attention is rightfully focused on how the judge was forcing a couple to get married, I’m trying to wrap my head around how not writing Bible verses means you’re going to prison.

What is that supposed to accomplish?

What if his writing is illegible?

Does he have to include all the “begats”?

What if Bundy isn’t a Christian? Would he receive the same punishment?

Randall didn’t respond to media outlets about his sentencing practices… maybe because he was busy in his office coming up with other ways to impose his faith on everyone who ends up in his courtroom.