If the GOP Defunded Planned Parenthood, This is How Americans Would Suffer August 6, 2015 Lauren Nelson
Patheos Friendly Atheist. ... Want more from the Friendly Atheist? Get our FREE Newsletters and special offers!

If the GOP Defunded Planned Parenthood, This is How Americans Would Suffer

The reaction to a series of heavily-edited videos intended to cloud an already maliciously-distorted debate lost steam in the Senate, where the GOP fell short of the votes required to pass the initiative. Not that it really mattered; President Obama pledged to veto any such bill that crossed his desk. 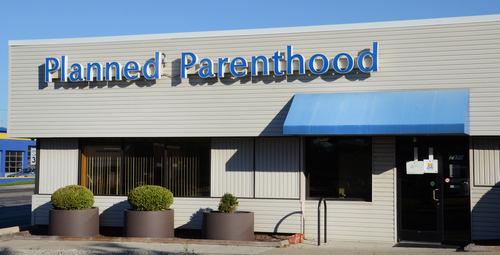 But of course, logic has never really been the GOP’s strong suit. Mainstream candidates have already shackled themselves to the issue. Mike Huckabee, Scott Walker, Ted Cruz, Donald Trump, John Kasich, Ben Carson, Marco Rubio, Chris Christie, and Rand Paul have all proclaimed the funding must go. Rick Perry wants their non-profit status gone. Bobby Jindal went so far as to revoke Medicaid coverage for non-abortion services (you know, the only services government funding may cover at Planned Parenthood) within his state. Jeb Bush has probably been the most measured in his response, calling instead for a Congressional investigation… but not before arguing that we’re spending too much money on women’s health.

Nevermind that Planned Parenthood is more popular among the American people than ANY of these presidential hopefuls — this is all about their base, and their base wants Planned Parenthood gone. The staunchly pro-life and religious voting bloc cares about as much for logic as their leadership, and when you look at the facts, this becomes clear.

This is not some noble crusade against abortion. This is a war on reproductive healthcare. And there is nothing “pro-life” about that.

(Data from Planned Parenthood and the GAO. Image via Susan Montgomery / Shutterstock.com)

August 6, 2015
As a Saudi Blogger Awaits More Punishment for "Insulting Islam," What Can We Learn from His Essays?
Next Post

August 6, 2015 Nepal Will Finally End Animal Slaughter at Religious Festival
Browse Our Archives
What Are Your Thoughts?leave a comment