America’s Next Top Model Throws Atheist Contestant Under the Bus

The most shocking news in this post might be that America’s Next Top Model is still on the air. Its 22nd season premiered last night on The CW, and it featured a contestant who describes religion as “the root of all evil.”

That contestant, Stefano Churchill, is a chiseled 24-year-old from Virginia, and he got a lot of screen time in the episode. Unfortunately, he’s not a nice guy, and the show is using his bad behavior to uphold some unpleasant stereotypes about atheists. 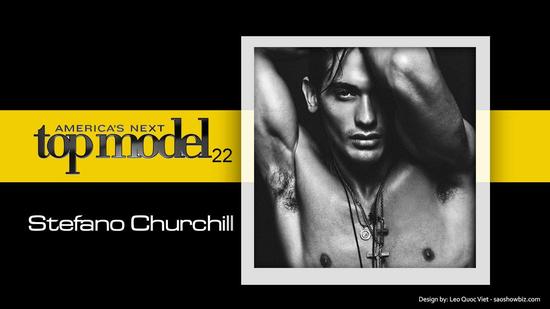 Shortly before the interview with host Tyra Banks where he shares his views on religion, he’s shown antagonizing a girl backstage. He derides her appearance and tells her she has no place in the competition. At other points in the episode, he crows about his own good looks and natural talent. Stefano comes off as tactless, arrogant, and confrontational.

Reality TV producers are known to manufacture conflicts by putting the contestants in stressful situations, so it’s possible Stefano would have been portrayed as a jerk, anyway. But by drawing attention to his atheism, the producers are unwittingly encouraging viewers to make the connection between his beliefs and his behavior. They could have focused on other aspects of his interviews or even presented a backstory to provide context for his nastiness. Instead, it’s easy to conclude that his anti-religious worldview is a symptom (or cause) of his overall nasty attitude.

In contrast, contestants with strong religious beliefs are portrayed in a positive light. Shortly after Stefano’s segment, we’re introduced to Ava, a “free spirit” who’s also a homeschooled Christian. She says that her goal is to challenge assumptions about those who practice her faith because she’s fun-loving and quirky. When she finds the beach ball saying she’s made it to the next round — yes, that’s how the show works — she squeals, “Thank you, Jesus!” She’s loopy and annoying, but the producers clearly want us to find her endearing.

Stefano also made the first cut. Which may end up being a double-edged sword if you’re an atheist watching the show. It’s great to see a fellow non-believer on a network TV show, but did they really have to pick such an unpleasant representative? This is especially important because eliminations are partly based on fan votes, and the on-screen judges often criticize contestants who have negative attitudes. If America’s Next Top Model keeps portraying Stefano as a villain while reminding us that he’s an atheist, it’s not really promoting religious diversity — it’s upholding the stereotype that atheists aren’t humble or personable enough to succeed.

August 6, 2015 Don't Use the Bible to Defend Killing Innocent Animals
Browse Our Archives
What Are Your Thoughts?leave a comment