For politicos, tonight is a big deal. The first presidential primary debate of the 2016 election cycle is like the start of the NFL playoffs, NBA finals, World Cup, and Olympic Games all rolled into one — except way more entertaining (and horrifying). Tonight, 10 of the 16 mainstream GOP hopefuls will grace the stage with all the pomp, circumstance, arrogance, and ignorance that one might expect from the party, and the expected fireworks are sure to make it must-see-TV. (The remaining candidates will participate in an earlier Trump-less debate.)

Every time one of these events rolls around, the Internet becomes saturated with a list of patriotic drinks and drinking game rules to add some spice to the debate-watching festivities. But what about the people actually taking these folks seriously? How can they celebrate? Look no further!

If you’re as excited as we are to laugh, cry, and fret over the people supporting these clowns over some strong spirits, you may want to turn elsewhere for some tasty libation recipes. But for those actually rooting for the clown car denizens, we’ve got just the drinks for you:

Rooting for the optometrist with an eye for terrible policy? This is the drink for you! In honor of the good doctor, mix 1½ ounces of Kentucky Gentleman bourbon, a few dashes of bitters, a sugar cube partially eaten by an ant, and a cherry with a stem as tied as Rand’s tongue as he tries to reconcile a libertarian worldview with how the world actually operates and the beliefs of the base to which he panders. If you can obtain some, a few of the rare tears from Ayn Rand makes a good addition.

No booze for you, religious fundamentalists. The teetotalers supporting Ted Cruz must be forced to watch this terrifying three-ring circus stone-cold sober while sipping on a delightful combination of lukewarm tap water and bitters. Sound disgusting? Well, at least it aligns with the man’s platform.

Ah, Mr. Walker. The All-American Boy Next Door. He wants you to believe he’s the combination of all good things in the world, embracing a variety of purportedly salt-of-the-earth positions that, when mixed, leave you feeling queasy. That’s why the supporters of this farm boy get a hefty serving of one of the most nauseating drinks in existence for their debate watching. (Get your mind out of the gutter, even if this one will put the contents of your stomach there. It’s one part milk and one part beer.)

The dullest face on the stage, Kasich is the man least likely to wow this evening. He’s that guy you totally forgot about, and his forgettable supporters get an equally forgettable drink prescription. Just run to CVS and pick up a bottle of the cheapest white wine available. Pretty in a wine glass, but tasteless, classless, and sure to leave you with a headache in the morning, just like Kasich’s voice. 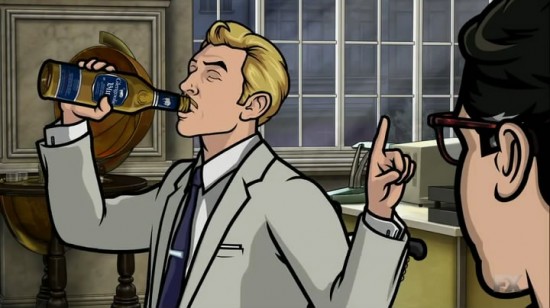 Yes, we’re aware this is a fictional scotch from the show Archer. But it’s expensive, pretentious, and requires you to sell your soul to consume it. And really, since when do Trump and his supporters put much stock in reality?

If we’re being honest, the cosmopolitan is perhaps one of the “girliest” drinks out there. For those who feel comfortable rallying behind a man who thinks single moms should be publicly shamed and that we spend too much money on women’s health care, the irony with this one is gorgeous. Supporters partaking may think they’re better than everyone else with a drink that isn’t entirely tragic; the rest of us can’t stop laughing at the way they hold their pinkies out in hypocrisy and self-loathing.

Much like its namesake, this drink is sweet and sugary going down, full of flavor and eliciting memories of a youthful (though chaste) Spring Break. Also mirroring its namesake, it’s made with the cheapest ingredients possible, probably isn’t strong enough to give you much of a buzz, and, as a parting gift, will grant you the hangover from hell for your troubles.

Let’s face it: Mike Huckabee is just a hop, skip, and jump away from Pat Robertson status. He might not be one to imbibe, but given that his supporters already subsist on a steady diet of fire and brimstone, they should be able to stomach the inferno that is one shot cinnamon schnapps, one shot Goldschläger, one shot Jägermeister, and three shots Fireball. Enjoy that hellfire, y’all.

Dr. Carson is smooth and articulate, exuding class at every turn… unless you pay attention to what he’s actually saying. What better drink for his supporters than one that looks like the epitome of class with its highfalutin garnish but burns going down with an utterly repulsive combination of gin that tastes like rubbing alcohol, dry vermouth, and a splash of pickled shrimp juice?

Christie’s platform, much like the drink of his supporters, is big, brash, and difficult to swallow. We’re talking half a glass of Irish cream mixed with half a glass of lime juice going down the hatch with his anti-union, pro-bullying, chest-beating bravado. If you can stomach either, we’re quite worried about your health, physical and otherwise.

Drink up, GOP folk. If tonight is anything like we think it will be, you might need the comfort.

August 6, 2015 NFL Star Arian Foster: "I Don't Believe There's a God"
Browse Our Archives
What Are Your Thoughts?leave a comment