Catholic Mother, Despairing Over Her Gay Son, Gets Dose of Reality After Seeking Advice in Online Forum August 5, 2015 Hemant Mehta

Catholic Mother, Despairing Over Her Gay Son, Gets Dose of Reality After Seeking Advice in Online Forum

Last week, a person going by the username “scaredcatholicmom” asked Reddit Catholicism what she should do about her gay son. 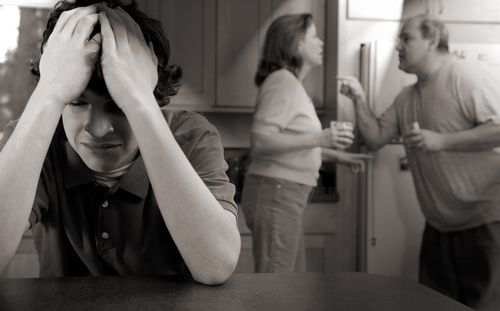 While she deleted her question — I have a saved copy here — it originally included this horrifying passage:

… We also set up other defenses for his chastity: we pulled him off of the basketball team (the locker room would just be an unnecessary temptation, and his presence there would be inappropriate and unfair to the other boys in his situation). We took the door off of his bedroom since privacy would just tempt him to experiment in the ways teen boys tend to do, and we forbid him from having sleepovers or spending one-on-one time with any of his male friends unsupervised… we also forbid him from dating, or participating in activities like his high school prom… unlike our other sons, we never allowed him to have a cell phone, since he might use it to access inappropriate and confusing images.

She also threatened to cut off his financial support in college if he acts on his homosexuality.

Obviously, it’s hard to verify all of this, but if it’s true, it’s terrifying.

But the Catholics on the channel, to their credit, let this mother have it. The highest-rated comments condemn her and her husband for treating their son this way, calling her abusive and telling her she’s driving her son to suicide. Even the commenters who fully accept Catholic doctrine on same-sex relationships derided her approach.

While she hasn’t responded to most of the comments, it’s worth pointing out that her views on this issue (and her ridiculous handling of it) were informed by Catholic doctrine. There can be no real compassion for LGBT people when the faith says “homosexual acts are intrinsically disordered.”

We’re fortunate that many Catholics know better than to listen to the Vatican on an issue where Church leaders are unequivocally wrong.

Let’s hope this mother comes to her senses soon.

(Image via Shutterstock. Thanks to Jody for the link)