It’s time once again for the Pastor Steven Anderson game. That’s where I click on a random part of his latest sermon and listen for a minute. If I hear him say something crazy, I post about it. If he doesn’t, I skip it. (It’s an easy game if you just jump right to the 10:00 mark.)

His latest rant is about a guy who criticized him for not teaching his homeschooled children about proper science. Anderson’s response? He doesn’t need to teach them about silly things like that because it’s not like certain kinds of scientists have made any useful contributions to society: 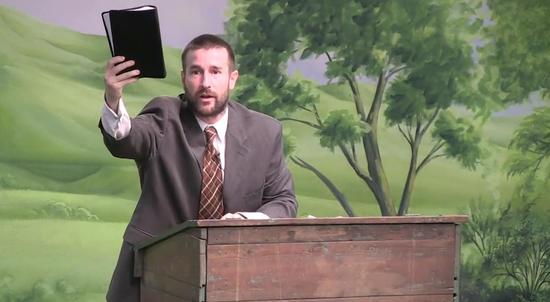 Evolutionary biologists and astrophysicists are not just coming up with useless ideas. The former work on things like molecular genetics (DNA, the human genome, etc) while the latter can unlock the mysteries to how the universe operates. These aren’t frivolous hobbies; they’re scientific endeavors that could save lives (not to mention our entire species).

While we’re at it, good luck finding great engineers who have blind spots when it comes to basic scientific principles.

But, you know, why teach kids any of that when they could be learning about why they’re all hell-bound sinners?

Only in Anderson’s world is that a better trade-off.