Christian Pastor: If Atheists Quote the Bible, They Must Believe It To Be True July 31, 2015 Hemant Mehta

Christian Pastor: If Atheists Quote the Bible, They Must Believe It To Be True

Dr. John Pearrell (below), pastor of Gateway Community Church in Covington, Georgia, is one of those guys who’s never spoken to an atheist but totally knows they make no sense. His ignorance is evident, paragraph after paragraph, in a piece he wrote for the Rockdale Citizen: 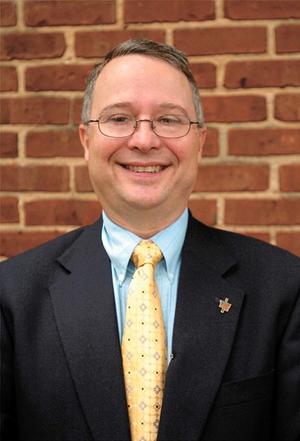 Why is it that people who claim not to believe the Bible appeal to it when it suits them? Let me offer a suggestion: I believe it is because deep down in our hearts we know that there is something about the Bible that is true.

No. When Christians cite the Bible, we quote it back to them because 1) It shows that their cherry-picked verse is irrelevant since we can pull one that’s worse (or contradictory) right out of our back pockets, and 2) Because it’s really condescending for Christians to act like we have no clue what their holy book says.

I can quote Harry Potter, too. Doesn’t mean Voldemort’s real.

The funny thing is that Pearrell gets the gist of that argument — that quoting a fictional story doesn’t mean you believe in it — and uses it to make his very point:

If I were to begin a petition against Santa Claus, no one (well, maybe a few extreme nutcases) would take me seriously. I doubt I would get very far arguing that a belief is Santa Claus was detrimental to children’s mental and emotional health because it deludes them into believing in a mythical, mystical character who rewards good little boys and girls and punishes those who have been naughty.

“Santa Claus is a terrible, judgmental, hateful being used to control and manipulate the behavior of innocent children. Let’s do away with him.” Do you seriously think for one minute that anyone would get on board with that petition? I don’t think so.

Why not? Because Santa doesn’t exist…

That’s not why we don’t say those things. We don’t say them because Santa Claus and his followers don’t have a reputation of doing any of those horrible things.

When atheists criticize God for being, as Richard Dawkins put so memorably, “a misogynistic, homophobic, racist, infanticidal, genocidal, filicidal, pestilential, megalomaniacal, sadomasochistic, capriciously malevolent bully,” it’s not because we think he’s real. It’s because it’s a fair interpretation of how He’s portrayed in the Bible, and because God’s followers use those characterizations to justify their own awful actions.

Maybe Pearrell can make that link between Santa and God?

Why not? Because Santa doesn’t exist. We know that. God, however, does exist. The fact that atheists fight so vehemently and consistently against Him betrays the fact that they really think there is something out there to fight against.

Well, that’s convincing. God exists because the Pearrell said so. I guess this blog can shut down now.

By the way, the headline for his ignorant article is “Primary reason for choosing atheism is to justify wrong actions.” I don’t know if he wrote the headline, and he doesn’t really refer talk about that in the piece, but that’s how you know he doesn’t talk to atheists very much.

No one becomes an atheist because they believe in God, but really want to rob a bank, so they just suspend disbelief for a while.

We shed our faith because we finally realize there’s no evidence for God’s existence, and people like Pearreal offer the strongest defense of the faith there is… which is to say a child could debunk the entire argument in a few seconds.

July 31, 2015 Florida County Uses $30,000 of Taxpayer Money to Fund Gospel Concert in Local Church
Browse Our Archives
What Are Your Thoughts?leave a comment