Boston Seafood Restaurant Promotes “Pescatarianism” by Riffing on the Bible

In a series of television and print ads for the Legal Sea Foods restaurant chain in Boston, the owners promote the religion of Pescatarianism with some biblical references: 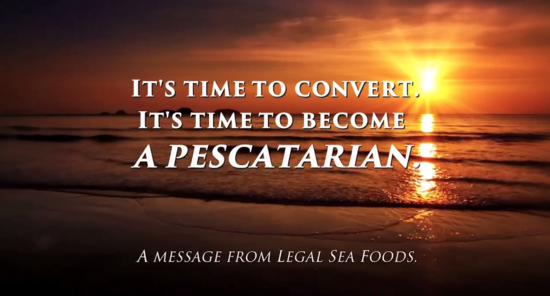 So far, no religious leaders are calling it blasphemous… which makes it a bit of a dud as an advertising campaign. But I haven’t heard from Bill Donohue in a while and he’s about due for his monthly freakout.