For These Campers, “How Do We Know?” Is the Most Important Question They Can Ask July 27, 2015 Richard Wade

For These Campers, “How Do We Know?” Is the Most Important Question They Can Ask

Over 100 young campers began arriving on July 5 at the beautiful, forested Camp Quest campground in the foothills of the Sierra Nevada in northern California. They were looking forward to a whole week of interesting camp activities and outdoor fun, but unaware that Terrible Lizards were lurking nearby, waiting to spring out! 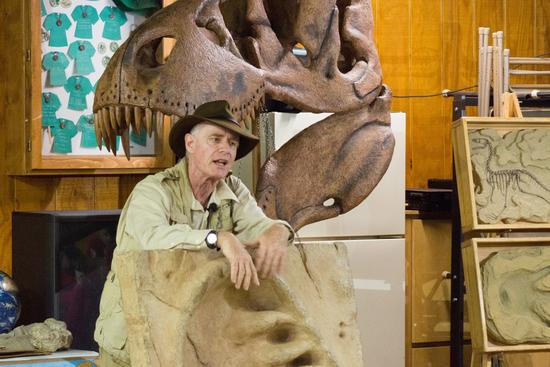 Two weeks later, amidst towering ponderosa pines in southern California’s San Gabriel mountains, another group of over 100 Camp Questers arrived at their campgrounds, despite a nearby brush fire that the previous day had threatened to cancel the whole stay, but which was itself canceled by torrential rains. Neither fire nor flood deterred them as they gathered to begin their own memorable week in the wilderness.

And in the underbrush, those very same dinosaurs again lay in wait, but fortunately the campers in both camps used their voracious curiosity, their incisive rationality, and their indomitable love of life to kick serious dinosaur butt!

This is the fourth year in a row that I have had the honor and privilege to donate my science performances to Camp Quest West, and it’s the first time that I’ve been able to do it at their northern location as well as their southern. Both camps are growing rapidly and have exceeded their previous attendance each year. One at a time, we’ve run through the three shows I offer about dinosaurs, volcanoes, and astronomy, and so we’re starting the cycle again with the monsters of the Mesozoic.

It turned out that the first performance fell on my 65th birthday, and doing it for these awesome kids, whose freethinking and creative minds continue to surprise and inspire me, was the best present I could ever get. Nurtured by progressive-thinking parents, these young people will not have to struggle out of the morass of superstitious and dogmatic thinking as most of us did. They are starting their lives with an appreciation for science, for critical thinking, and with healthy, positive, humanistic attitudes toward themselves and people. They are the best hope for fixing the seriously damaged world that they are inheriting.

The administrators, the staff, the counselors, volunteers, and teen leadership trainees are every bit as remarkable as the campers. Whether or not you have kids who could attend, Camp Quest is a worthy cause and an excellent investment in our future. Please consider giving a donation so that children with limited means but unlimited minds can attend by using the financial aid that Camp Quest offers. 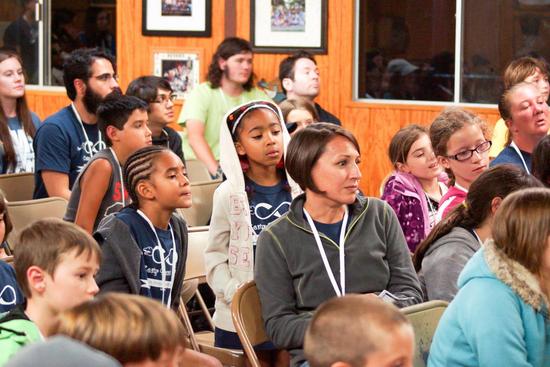 In a special introduction just for these campers, I said,

Good evening, Camp Quest! The word “quest” and the word “question” come from the same Latin word meaning “to seek.” One thing that Camp Questers do is to ask lots of questions. They’re not afraid to question everything.

And with that, the dinosaur show began. 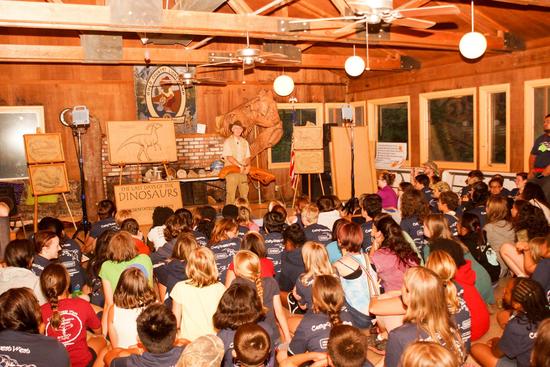 July 27, 2015 Boy Scouts of America Finally Ends Ban on Gay Leaders, but Atheists Are Still Not Welcome
Browse Our Archives
What Are Your Thoughts?leave a comment