Pastor Danny Banks, a pastor at Myrtle Beach Christian Church in South Carolina, explained in a sermon over the weekend how comprehensive sex education was like letting your kids play with rattlesnakes: 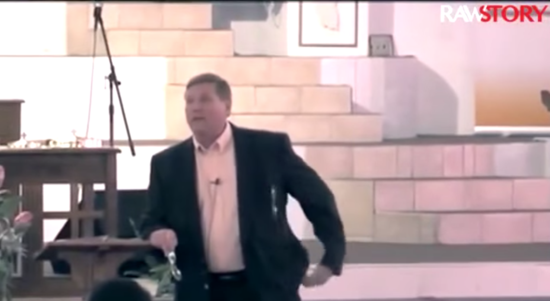 It’s like a viper’s egg… You see, a viper is a very dangerous thing. I know people who wouldn’t ever think at all of letting their little children go play with a bunch of cobras or rattlesnakes, but they put them in environments every day, and the vipers are all around them, striking of what we believe, teaching them in morality.

Sex education today doesn’t teach you to abstain. It gives you a free condom… It tells you not to get pregnant. That’s what it teaches. I’ve read their book. We’re teaching young people today in schools and their families that it’s okay now to be heterosexual or homosexual or whatever-sexual it is.

Of course, the analogy breaks down pretty quickly. Snakes, if mishandled, will bite you. Contraception, if used properly, will protect you.

Banks makes the mistake so many conservatives do of assuming that, if kids weren’t taught sex education, they wouldn’t have sex. Which is just wishful thinking on the part of adults. Kids think about sex. Kids experiment with sex. And Christian kids are, in fact, included in that group.

Telling them to be abstinent isn’t enough. If parents and pastors want to promote the idea that there’s value in waiting until marriage before having sex, they’re welcome to make that case. In the meantime, a lot of teenagers will ignore that advice as they’ve always done — because they know it’s sensationalized. Sex isn’t necessarily better because you waited until you were married to have it. A lot of people experiment sexually before they walk down the aisle and they’re not scarred for life.

The best thing we can do for these students is equip them for any situation. If they want to be abstinent, they should know there’s nothing wrong with that. If they want to be sexually active, they should know how to take proper precautions. To do anything less is to leave those kids in the dark when they’re making a decision with all sorts of potential physical and emotional consequences.

Teaching them about contraception isn’t like letting them play with rattlesnakes. It’s showing them how to handle a snake hook so they don’t get hurt.

(via Raw Story and Christian Nightmares)

July 27, 2015 There Was Nothing Wrong with Richard Dawkins' Tweet That "Islam Needs a Feminist Revolution"
Browse Our Archives
What Are Your Thoughts?leave a comment