Right now, in Australia, there are public hearings taking place regarding allegations of Jehovah’s Witness leaders sexually abusing children. It’s as disturbing as you think it is.

An article in the Daily Telegraph shed light on some of the mind-boggling revelations: 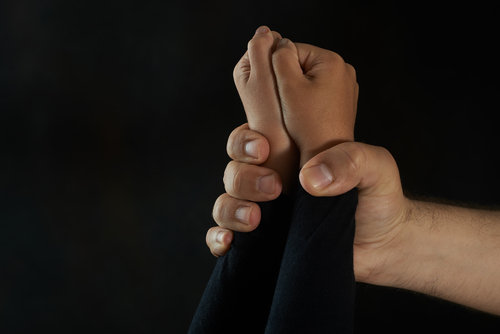 1) They destroyed notes taken during meetings about abuse cases so that their wives wouldn’t find out:

Church Elder Max Horley told the child sex abuse royal commission today that it was protocol to destroy notes including those he made during meetings between another elder Bill Neill and the teenage girl who accused him of abusing her.

[Horley explained:] “Well we don’t want our wives knowing our stuff, what sort of things we are dealing with. We don’t want other people in the congregation coming across that information.”

2) One JW Elder had no idea pedophilia was wrong:

Mr Horley, a Jehovah’s Witness all his life, said he had not considered it a “crime” for [elder Bill] Neill, who is now dead, to have secretly watched the girl showering from the age of 15 and to have tongue-kissed her regularly when she stayed with his family.

3) The cover-up of these abuse cases was rampant, rivaling the Catholic Church:

Earlier the royal commission heard that the Jehovah’s Witness church repeatedly promoted paedophiles to positions of authority and never reported any case of child abuse to the police.

4) Even guilty abusers weren’t punished by the Church:

One church Elder, who had sexually abused all four of his daughters, was “disfellowshipped” not for his crimes but for “unrelated loose conduct and lying”, the commission sitting in Sydney was told.

5) The Church didn’t do enough to protect children. In fact, they often made it worse:

One of his daughters will give evidence that she had to be interviewed by three church Elders together with her father and that instead of being supported, the Elders made her feel to blame.

Her father blamed her for seducing him.

6) The JW Church uses the Two Witness rule. Your account of abuse is only taken seriously if two people say they witnessed it… even though the only other person around is the abuser himself:

They only believed victims if the alleged abuser confessed or there were two “credible” witnesses despite there rarely being witnesses to sex assaults beyond the victim and the perpetrator, [counsel assisting the commission Angus] Stewart said.

Over the past 65 years, the requirement that there be two or more witnesses to child sex abuse has prevented at least 125 allegations of sex assault from proceeding to a judicial committee.

7) Witnesses accused of abuse have often been given slaps on the wrist, if that, from the Church:

Since 1950, 401 alleged child sex abusers have been disfellowshipped, 78 of them on more than one occasion.

Another 190 were “reproved”, 11 of them more than once. This is a lesser form of discipline and allows the abuser to stay in the church.

8) The number of sex abuse accusations against church members is staggering:

Mr Stewart said the church’s own files reveal 1006 allegations of child sex abuse made against church members since 1950 but the Jehovah’s Witnesses dealt with them using “Biblical standards” and not the police.

This is the sort of thing that happens because we give too much respect to religion. We cede the moral high ground to faith, even though it’s completely undeserved, and then act surprised when we realized they’ve been trying to hide their criminal actions for years.

It’s unclear what will happen to the Church after the two weeks of public hearings, but at the very least, these stories will finally be out in the open and the Church leaders will have to answer for their actions.

(Image via Shutterstock. Thanks to Anthony for the link)

July 27, 2015
Indian Witch Doctors, Visiting New Zealand on Temporary Visas, Are Conning Locals Out of Their Money
Next Post

July 27, 2015 Christian Pastor Compares Sex Education to Letting Kids Play with Rattlesnakes
"😂"
Andy Horsuroddinon COVID-Denying Christian Pastor: Our Nation is ..."
"And we know that HOW, exactly? Someone here actually want to claim they know the ..."
Troublesh00ter Citing “Moral Failure,” Christian Apologist Sye ..."
"That girl on the left is sucking her tummy in. She already knows how to ..."
Juniper Christian Nationalist (and Former WV Official) ..."
"A republican lesbian??? Say it ain't so!"
24CaratHooligan ID Lawmaker Rejects Child Education Bill ..."
Browse Our Archives
What Are Your Thoughts?leave a comment