YouTuber Coby Persin recently ran a little experiment where he pretended to be homeless on the streets of New York City. He held up two different signs: One blatantly said he wanted to buy drugs/alcohol with strangers’ donations, and the other said he wanted to help his family (with his “daughter” physically by his side). Would people give more money in one instance or the other?

(Okay, so it’s not exactly a well-designed experiment, but that’s not really the point.) 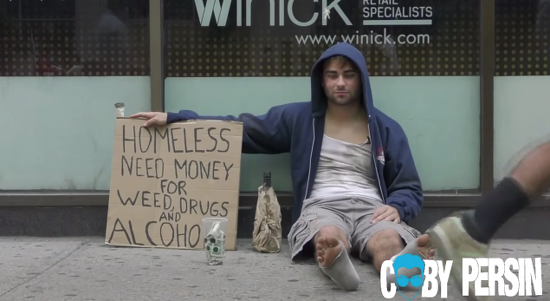 You can see in the video — assuming it’s edited fairly — that people were more willing to give him money knowing it would go toward his drug use than when he wanted to help his family. (And isn’t that a sad reflection of society?)

But the heartwarming moment comes near the end, when a woman (who doesn’t have much herself) gives him everything she has on her because, in her words, he needs it more. As one commenter noted, people who don’t have much know how shitty it feels, so they’re more likely to help.

She also says a prayer for him, and this is the sort of prayer I could get behind. Not because it improves anyone’s situation, but because it was backed up by real action. She didn’t *just* pray for him. It’s easy for me to say she could have just skipped the prayer, but it’s not like you saw any open atheists in that video. (Again, keep in mind the video was edited.)

If faith inspired everyone to do what she did, it’d be much harder for people like me to argue against it.

On a side note, another “social experiment” a couple of years ago involved a (real) homeless man cleverly pitting people of different faiths against each other to see who would give him more: 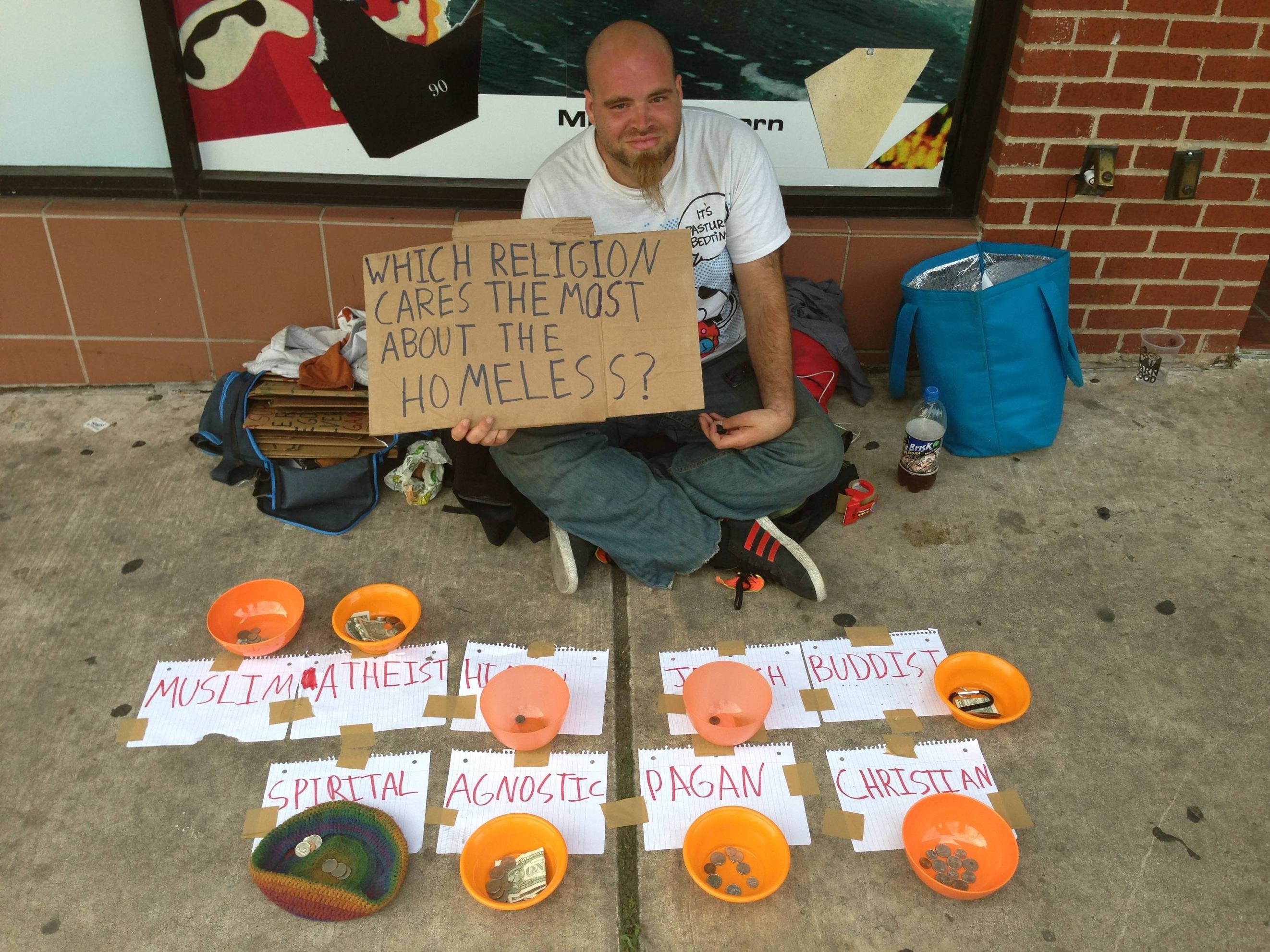 He said to the man who snapped the picture: “The atheists are winning!”