Former CEO Accused of Sending $510,000 of Company Money to Psychics

Who do you call for health care advice if you’re a CEO who allegedly embezzled Medicaid funds? If you’re Erv Brinker (below), perhaps you call a psychic palm reader. 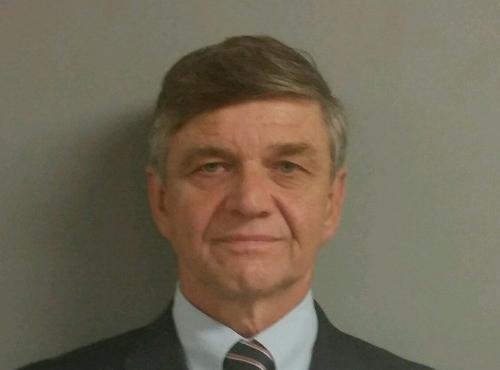 Earlier this year, Brinker was fired as CEO of Summit Pointe, a mental health care facility in Michigan, after an internal investigation turned up evidence of extensive financial malfeasance. The allegations in Summit Pointe’s criminal case against Brinker say that he offered a health care consulting contract worth over half a million dollars to Julie Davis and her husband Tommy Eli, circumventing Summit Pointe’s Board the entire time. When the company looked into Davis and Eli earlier this year, they didn’t exactly find their health care credentials…

In a press release after Brinker was arraigned Wednesday on two counts of Medicaid fraud conspiracy and one count of embezzlement by a public official, [Michigan Attorney General Bill] Schuette said his Health Care Fraud Division’s investigation revealed that “Brinker allegedly sent the $510,000 to a Key West psychic palm reader and her husband under the guise of health care consulting.”

Summit Pointe’s lawyers smelled something fishy when Brinker refused to answer questions about Eli. Although they could find no evidence of any work Eli had done, the lawyers traced his address to a tarot card and palm reading business in faraway Florida. The nature of Brinker’s relationship with Eli and Davis remains unclear.

But Davis’ psychic powers must be weak, because she failed to predict that her husband’s fraudulent contract would be the linchpin evidence for charges that could send Brinker to prison for up to ten years.

Brinker is reportedly working on a plea bargain agreement, so it’s unlikely he’ll serve that maximum sentence. The judge let him out on bond on two conditions:

The first was that he could not have contact with Summit Pointe or its employees.

“Number two,” [Assistant Attorney General Jeffrey] Schroder said, “That the defendant have no contact with any psychic, fortune-teller or palm reader.”

It’s unclear whether Brinker actually believes in psychics or whether he had other reasons for sending them the money. Either way, it sounds like he’s seeking advice from real (legal) experts now. Better late than never.

July 25, 2015
An Anti-Muslim Cop is Furious with Me for Sharing His Social Media Postings with His Superiors
Next Post

July 25, 2015 Help Stop Mandatory "Biblical Values" Classes in Guatemala
Browse Our Archives
What Are Your Thoughts?leave a comment