Even in Antarctica, the Internet is Leading to a Decline in Catholic Church Membership July 24, 2015 Hemant Mehta

Even in Antarctica, the Internet is Leading to a Decline in Catholic Church Membership

We know the Catholic Church is losing members all over the place, but who knew that included Antarctica?

The Chapel of the Snows (below) at the United States’ McMurdo Station has lost so many members that it will no longer need a Catholic priest on duty: 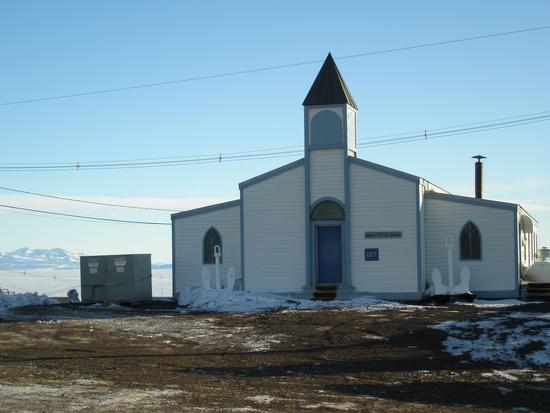 Father Dan Doyle, who first went to Antarctica 40 years ago, said attendance at the Chapel of the Snows at McMurdo had been in steady decline, as had the number of residents using the chaplaincy.

There had been a decline in “religiosity” but the continent’s summer population had also fallen sharply. This was mainly because the Americans had cut budgets for its scientists and support staff and wanted to reduce their environmental footprint.

The National Science Foundation finally asked the Christchurch (New Zealand) diocese not to send anyone over anymore. (So science literally beat religion here.)

Also contributing to the change is the fact that you’re no longer isolated, even in Antarctica. While a religious connection might be very beneficial when you’re alone, having Internet access means you’re no longer so isolated.

For what it’s worth, there will still be an inter-denominational military chaplain around for those stationed in the region.

(Image via Wikipedia. Thanks to Sakura for the link)

July 24, 2015
The People of Lafayette Don't Need Your Prayers; They Need Better Laws
Next Post