The Anti-Planned Parenthood Videos Are Hurting the Pro-Lifers’ Own Cause July 22, 2015 Hemant Mehta

A lot of the backlash to the anti-Planned Parenthood videos has been the casual way the subjects talk about a very emotionally-charged situation. They treat the donation of body parts as a basic transaction while critics seem upset they’re not agonizing over the process.

At Show Me Progress, writer Blue Girl, who used to be a laboratory scientist, does a wonderful job explaining why perfectly compassionate people (who have very laudable goals) are being unfairly vilified: 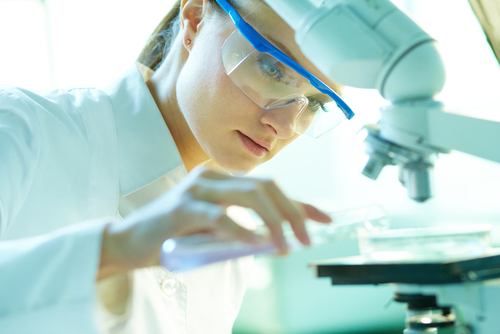 Let me tell you a little secret you probably suspected about medicine…. Most of it is icky.

We stick needles in you to withdraw fluids.

We cut you open, prod around, rearrange, add and remove parts.

Sometimes, that autopsy is on a stillbirth, and sometimes it’s on a neonate that was born alive but didn’t survive.

Those are the really quiet ones.

We have in front of us a perfectly healthy full-term infant. Except it’s dead.

The pathologist and the technologist have been known to clasp hands over the body, even cross themselves or say a silent prayer before the first incision is made, especially if both have children.

I have stood at that table and searched for the elusive cause of death to give a family grieving the greatest loss imaginable an answer to the question they must have an answer to. “Why me? Why my baby? Why???”

The causes of fetal demise are varied, but that doesn’t matter to the family going through the loss. To them, no one has ever hurt this bad, felt this much pain, been this mad at God…

That’s why the research they do is so valuable. They want to prevent these situations from happening to other people. And, yes, that requires some money:

Let’s talk about organ transplants for a second. Everyone knows someone who got a new-to-them-organ. That is really icky if you think about it… taking organs out of one dead person and putting them in several other live ones, and I bet most pro-lifers check the box on their license anyway. Well, guess what? if we harvest a heart in KC that goes to Denver and two kidneys that go to Des Moines and Wichita and corneas that go across town to KU Med and a liver that goes to someone here in town at another hospital, part of that processing includes a shipping and handling fee. I’m trained in this shit, you don’t get the butcher from Hy-Vee to process organs for shipment.

She points out that if the people who oppose Planned Parenthood actually cared about saving babies, they would stop putting out these deceptive videos and getting in the way of vital research:

And guess what, pro-lifers? If you get the fuck out of the way and stop playing “gotcha” and setting up front groups with no other purpose than to entrap a Planned Parenthood (only 3% of their work is abortions) official discussing a topic that is inherently unpleasant on hidden camera so they can heavily edit the footage, research can happen and less wanted children will die. These people are so monomaniacally stupid it makes me want to scream.

You know, I’m normally pretty detached from these types of stories. They don’t affect me, even if they make me angry. But these attacked against Planned Parenthood have bothered me more than usual, and not because of anything those executives are saying. I’m just a few months away from having my first child, and that’s making me even more defensive about all the work people at Planned Parenthood do to make sure all patients are healthy and women’s needs are treated as a priority.

You can also read this blistering New York Times editorial about how the videos have no actual merit.

(via Slacktivist. Image via Shutterstock)

July 22, 2015
Ex-Hasidic Jew, Cut Off from Her Family After Leaving the Faith, Jumps to Her Death
Next Post