Only in Pat Robertson‘s world does a question about abortion lead down a slippery slope to bestiality.

On The 700 Club yesterday, Robertson was asked about the recent misleading videos slamming Planned Parenthood, but he used the opportunity to express his disgust about the Supreme Court’s ruling on marriage equality and how it would lead to polygamy and sex with animals: 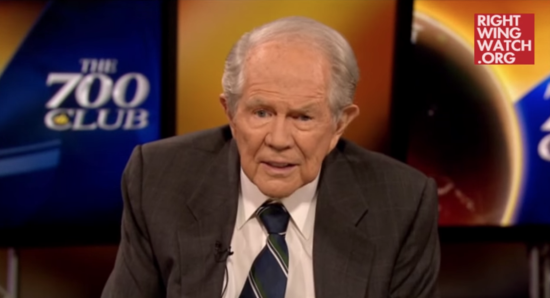 Watch what happens. Love affairs between men and animals are going to be absolutely permitted. Polygamy, without question, is going to be permitted. And it will be called a right…

Robertson later agreed with his co-host that marriage equality would also lead to legalized “relationships with children.”

July 22, 2015 56% of Non-Religious Americans Have Smoked Pot
Browse Our Archives
What Are Your Thoughts?leave a comment