Ex-Hasidic Jew, Cut Off from Her Family After Leaving the Faith, Jumps to Her Death July 22, 2015 Hemant Mehta

Ex-Hasidic Jew, Cut Off from Her Family After Leaving the Faith, Jumps to Her Death

Faigy Mayer was a former Hasidic Jew who left the faith about six years ago. When you’re an ex-Hasid, it means you’re essentially cut off from your family. They want nothing to do with you anymore. So not only are you alone, there’s a good chance you have little formal education or fluency in English.

Mayer got past that, though. She made new friends. She learned how to code and was working on an app to help other ex-Hasids navigate New York City. She was a member of a group called Footsteps, which helps other ex-Hasids. But nothing could overcome being cut off from her family, a loss that may have worsened her own depression.

On Monday night, the 30-year-old Mayer apparently jumped off the top of a 20-story bar to end her life. 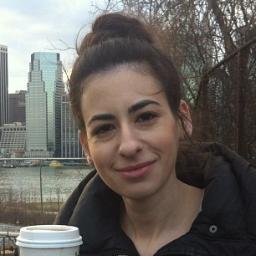 While her friends are obviously devastated, the parents who had cut her off years ago didn’t seem to feel the same way:

Chava Mayer told Daily Mail Online: ‘I don’t want to say anything. What am I supposed to say: That she’s a wonderful person? No, we don’t want to comment.‘

That’s not to say she’s not overwhelmed and saddened by the loss. It’s just odd to me that she wouldn’t say anything nice… (To be fair, it was the Daily Mail. A lot of people wouldn’t want to comment to them.)

Libelle Polaki, a friend of Mayer’s, told the media outlet why it was necessary to leave the faith in the first place:

‘The religious lifestyle was not for her. It would never have allowed her to have her own life and her own personality.

‘We went to an extremely strict high school. It was very tough.

‘She didn’t want to be restricted, she wanted her freedom to pursue her talents and she was very clever.

‘She had friends in the last few years who supported her for who she was.’

I will never understand parents who want nothing to do with their child because she dared to think for herself. It’s not limited to ex-Hasids, of course, but we’re all aware of religious groups that treat apostasy as a crime. It’s even more jarring when you see the life and humor in Mayer’s social media. None of that takes away from — or contradicts — the depression she was feeling inside. But if you didn’t know her well, it’s possible you didn’t know how bad things really were.

Shulem Deen, a board member of Footsteps, was kind enough to share his thoughts on the loss of Mayer with me:

I was friends with Faigy, ever since I met her about five years ago at a gathering with other ex-Hasidim, though we weren’t particularly close. I know that she tried really hard to move ahead with her life, and she was passionate about the tech initiatives she’d started. But she also seemed broken by her family and former community’s mistreatment of her. I don’t know the details of her relationship with her family, but it seemed to be a major stressor in her life. Her family did not accept her choice to leave the Hasidic community, that much is clear — and they weren’t shy about making it clear to her, by withdrawing support even when she was going through very difficult periods.

In a broader sense: among the many issues faced by ex-Hasidim is mistreatment by family and former community. Those who leave are shunned and ostracized, and rebuilding a life, an identity, a community, a sense of purpose, becomes all the more challenging when so many people you know are openly hostile and judgmental of your life choices.

Suicide isn’t a simple issue, of course, and I wouldn’t feel comfortable placing blame purely on her family or former community. (I have no doubt her family is now grieving and in great pain.) But for [ex-Hasidim], mistreatment by family and former community is routine, and is a significant contributor to feelings of aloneness and hopelessness, and so I think this is something to take take into account in the broader sense.

If you are a former Orthodox Jew, be sure to check out Footsteps. And if you’re thinking about taking your life, the National Suicide Prevention Line is at 1-800-273-8255.