What Ta-Nehisi Coates, an Atheist, Can Teach Us About Social Advocacy July 20, 2015 Lauren Nelson

What Ta-Nehisi Coates, an Atheist, Can Teach Us About Social Advocacy

Ta-Nehisi Coates is undeniably one of the strongest and most influential voices on racial inequality today. He also is one of the most polarizing. For those who have followed the career of The Atlantic‘s Coates — or, indeed, this blog — it’s far from a revelation that he is an atheist. This isn’t news. He’s written at length on his position, both as standalone pieces and social media posts. With the publication of his new book Between the World and Me, though, this element of his identity has once more come to the forefront in a manner worth interrogating. 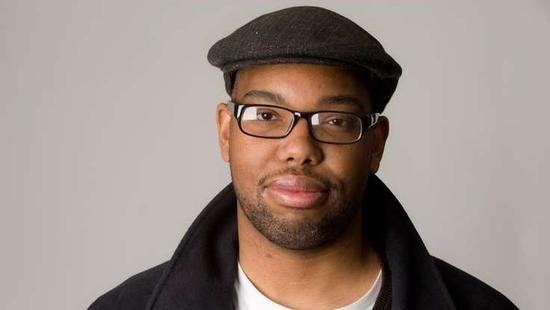 To say there has historically been a stigma against non-believers in black communities might be an understatement; there are entire groups out there dedicated to combating such disdain. Coates stands out as a prominent black voice who neither embraces Christianity or Islam. This is significant because, particularly in this nation, black community leaders have overwhelmingly been religious in nature. From Martin Luther King, Jr. to Malcolm X, faith has often been an integral part of advocacy. It’s been an integral part of black communities, as well, with churches serving not only as houses of worship, but a place of betterment and organization — part of the reason that church burnings of decades past and today carry such weight.

For years, the tactics embraced by these communities of the faithful in the face of racism have been about winning over hearts and minds with love and kindness. What makes Coates’ advocacy remarkable is that he deviates from these norms soaked in religion, pointing out that this more passive approach to battling racism has been inadequate in the face of structural discrimination. He’s not shy about calling out religion as a means of watering down the cold hard facts he references in his own writing.

In so many ways, this makes him an anomaly of sorts, not to mention a fascinating figure to watch. As Benjamin Wallace-Wells wrote in a profile of Coates for New York Magazine:

The heavy force in Between the World and Me — what makes it both unique and bleak — is his atheism. It gives Coates’s writing urgency. To consider the African-American experience without the language of souls and destiny is to strip it of euphemism, and to make the security of African-American bodies even more crucial. It also isolates him from the main black political tradition. “There’s a kind of optimism specifically within Christianity about the world — about whose side God is on,” he said. “Well, I didn’t have any of that in my background. I had physicality and chaos.”

Coates was still wondering about the Charleston family members, Christians forgiving. He splayed his fingers over his brow and covered his eyes, so that as he talked he could not see. “Is it aspirational?” he wondered. “Like, I say, ‘I forgive you’ because I think I’m supposed to?”

One might assume that such positioning would isolate Coates from the bulk of black communities, but that hasn’t been the case. The approach, while rather unique in the fabric of history, is resonating. This might be attributed to shifting demographics, with more Millennials identifying as non-religious than any of the preceding generations, but in many ways, it feels like a culture war coming to a boil.

For an atheist leader to rise to the prominence Coates currently enjoys, despite the church-oriented communities he advocates for, represents a growing frustration with the lack of progress in the battle for racial equality. Though there are those who feel his tactics too aggressive — primarily white folks uncomfortable with the idea of confronting privilege and those who espouse respectability politics — it feels as though militant, blunt advocacy is exactly what the doctor ordered for a subset of the population beleaguered and dismissed by those who complain about their aggression after shrugging off the more congenial overtures of the past.

For fellow atheists, Coates’ rise as a powerful voice holds broader lessons. Though polls now show the public is far more willing to embrace atheist presidential candidates, there seems to be an undercurrent of skepticism (flavored by anticipation of traditional retort) should a leader come out as a proud atheist. Coates disproves these assumptions. No one can say the man lacks compassion or a moral compass. No one can say he is attacking the ability of others to personally live in accordance with their belief system. His example knocks down these preconceived notions about the “atheist agenda” and provides a model for others who seek to follow in his footsteps. It is a model devoid of defensiveness and built upon principle, and it has been well received.

What Coates teaches us is that atheists need not run from their beliefs in order to gain traction with the public at large. Indeed, there is something refreshing about leadership that is honest enough to not play the game and tell the people what strategists have long believed they want to hear. It is possible to express oneself as an atheist without alienating a larger audience, and it is possible to do so with an audience that has historically been religiously oriented. With courage and conviction, the time is ripe for would-be atheist leaders to step out of the shadows and up to the challenges that face the country as a whole today.

July 20, 2015
To Counter California Drought, Some Farmers Are Resorting to "Water Witches"
Next Post