On Friday, An Atheist Officiated the First-Ever Gay Wedding in Puerto Rico

On Friday, writers Yolanda Arroyo Pizarro and Zulma Oliveras Vega joined together in the first-ever gay wedding in Puerto Rico.

And Luis R. Ramos (below), a Humanist celebrant, officiated the historic event. 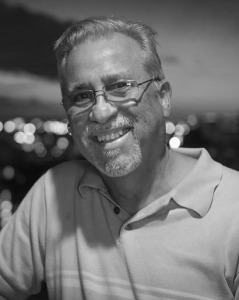 Ramos, the Vice President of the Humanistas Seculares de Puerto Rico (HuSe), told me that his group had been prepared just in case the Supreme Court made marriage equality legal everywhere:

Early last year, HuSe recognized that we would need to offer our LGBT friends and other atheists and non-believing couples easy access to weddings. Many couples feel that a wedding in front of a government judge is too bland, and there is no space for an exciting celebration. So we decided to obtain our secular wedding celebrant certificates.

Since the SCOTUS decision (which applies to Puerto Rico as well), we have received an enormous number of wedding requests, and we are happy to oblige. Even though there’s plenty of opposition from the religious majority on the island, we’re ready to help anyone who wants a non-religious wedding.

You can see their full list of celebrants here.

It’s a wonderful way to show support for the LGBT community, giving them the opportunity to have the sort of traditional wedding they won’t typically find with a government-appointed judge. Hats off to the group for making it happen.