After Charleston, Atheist Stands Guard Outside AME Church in Colorado So Members Can Worship in Peace July 18, 2015 Hemant Mehta

After Charleston, Atheist Stands Guard Outside AME Church in Colorado So Members Can Worship in Peace

Following the tragedy in Charleston, South Carolina, there’s understandable tension at black churches across the country as people wonder whether there will be any copycat incidents.

In Colorado, where the First A.M.E. Church in Pueblo (below) will celebrate its 140th anniversary tomorrow, one atheist is making sure the congregation can worship without worry (article is behind a paywall): 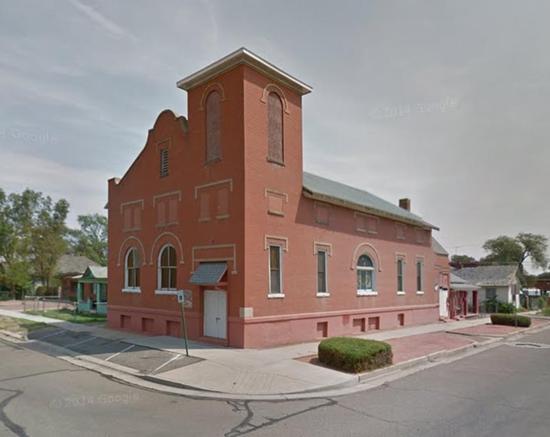 After a June 20 vigil, Rev. Margaret Redmond received a call from a man who, distressed by the mass murder in Charleston, wanted to stand guard during First AME Church services.

“He said, ‘Although I am an atheist, I’ll be damned if my fellow countrymen can’t worship in peace,’ ” Redmond said.

While a bit surprised by the offer, Redmond said a reference from a trusted community leader led her to take Williams seriously.

“After prayerful reflection, I felt comfortable that he was genuine,” Redmond said. “And he’s been there at every Sunday service, standing in front of the church, observing and making sure that nothing happens.”

Williams said he doesn’t see himself as a hero or savior but simply an American “who is doing his duty to his fellow man. I mean, if you can’t be safe in a church, then where in the hell can you be?”

What an incredible thing to do. And such a generous way to put his beliefs into practice.

Freedom of religion is useless if some groups fear violent attacks in practice of their faith, and Williams is doing what he can to make sure that doesn’t happen.

July 18, 2015
I Don't Know How This Christian Cross in La Crescent (MN) Got There, but It Needs to Go
Next Post

July 18, 2015 Atheist Who Appeared in Anti-Gay Film Will Donate Salary to LGBT Community Center
Browse Our Archives
What Are Your Thoughts?leave a comment