The Non-Religious Side of PewDiePie July 17, 2015 Hemant Mehta

The Non-Religious Side of PewDiePie

I don’t watch the videos of PewDiePie, the most popular YouTuber in the world, because, well, I graduated from middle school. But there’s no doubt about his reach and influence (and wealth). 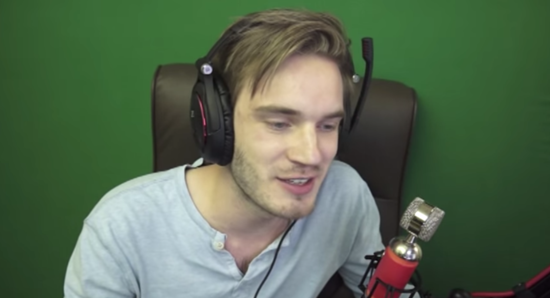 Matt Cerami, writing for the Humanist, explores the Humanistic side of the star (real name Felix Kjellberg):

Kjellberg — like many of his Swedish countryfolk — is an atheist and has openly declared as much to his fans. In a video posted on June 27, 2014, he stated: “I’m an agnostic atheist. It basically means that I don’t believe in a god, but I can’t disprove one either.”

But if humanism means “being good without God,” then Kjellberg fits that bill as well. To date, he’s raised and donated over one million dollars to charity. In 2014, the celebrity launched an Indiegogo campaign that raised over $630,000 for Save the Children — in his fourth campaign for them. Until that time, he worked with Charity: Water, an organization dedicated to bringing clean water to third-world countries, pledging to donate one dollar for every 500 views the campaign video received. With the help of his fans, he raised $446,462. He also donated personally to the World Wildlife Foundation and St. Jude Children’s Research Hospital.

In a medium that often rewards outsized personalities and people who make videos all about themselves, he’s using his celebrity for good. Not a bad guy to have on your side.

Okay. I’ll go back to being old now, trying to understand how playing video games made him rich.

July 17, 2015 A Song About Letting Go of Your Imaginary Friends
Browse Our Archives
What Are Your Thoughts?leave a comment