A few months ago, the ex-Jehovah’s Witnesses on Reddit had an idea: They wanted to put up a billboard in Belton, Texas, where a couple of JW conventions were set to take place in late July/early August. They raised the money by early May and signed the contract in June.

The billboard finally went up yesterday and it’s a doozy: 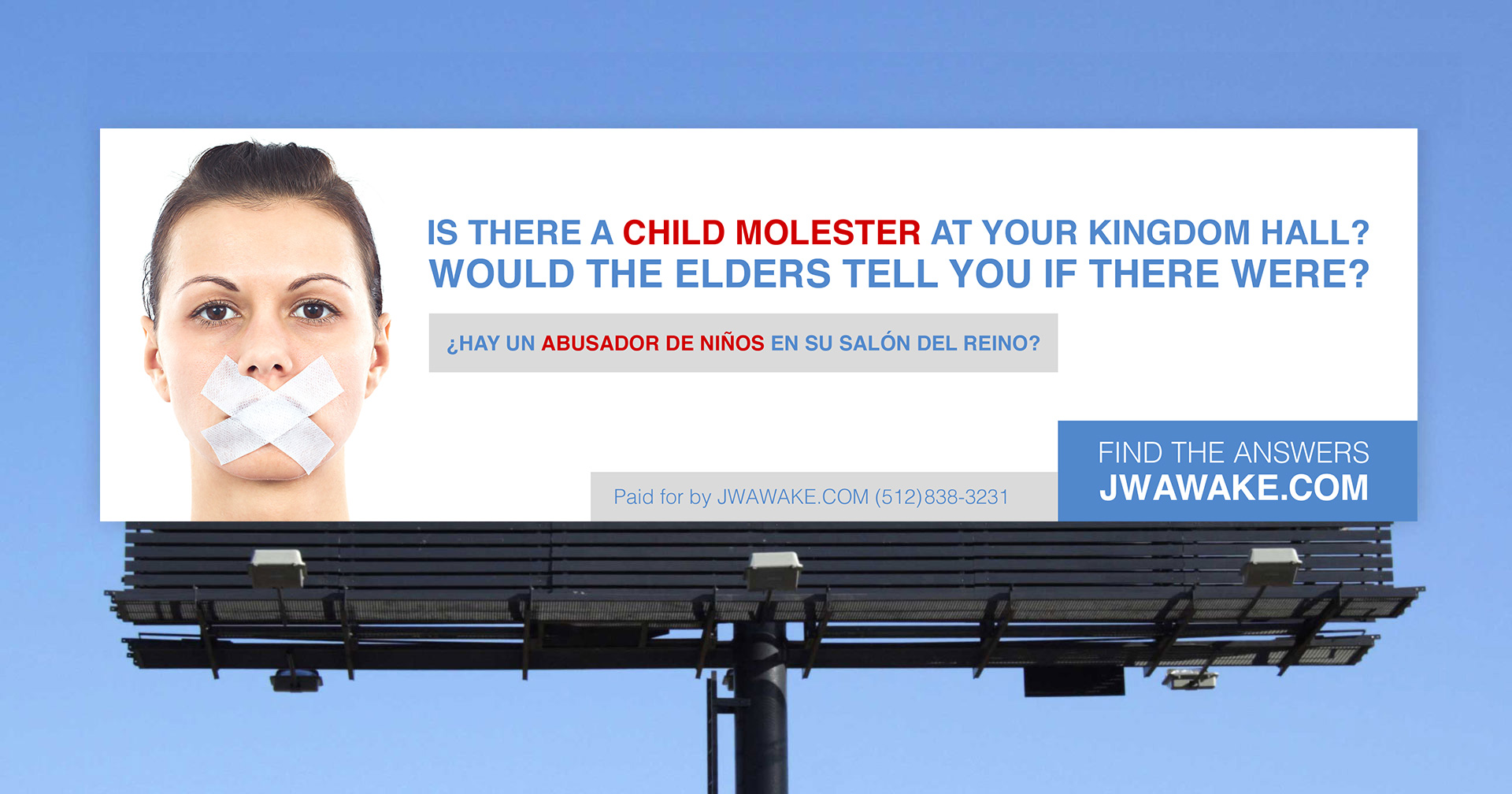 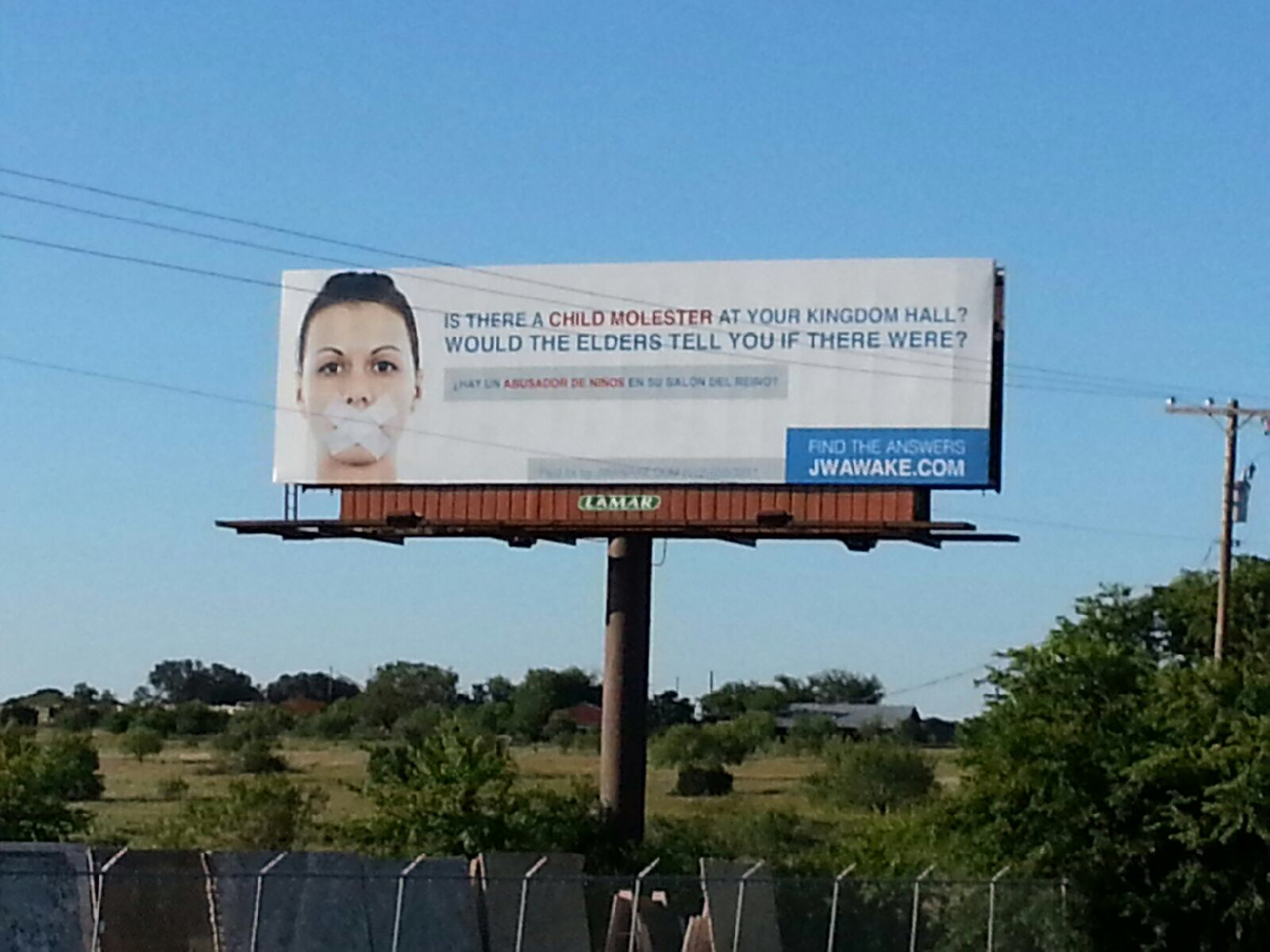 Is there a child molester at your Kingdom Hall?

Would the Elders tell you if there were?

That URL leads you to this site, describing sexual abuse cases in which the Watchtower Society had to pay out millions of dollars to victims.

These are not isolated instances. They are not just the work of one or two rogue individuals. They are not persecution by Satan or the product of unjustified attacks by opposers. They are the result of specific, documented instructions issued to congregation elders by Watchtower on how child abuse should be handled.

This is a systemic problem, and sadly it will not be going away any time soon.

As the site explains, the problem is that Elders are told to report child abuse cases to authorities only if there’s independent verification (the “two witness rule”). Since the abuse often happens in secrecy, that’s not always possible, and these stories get swept under the rug.

If you are a Jehovah’s Witness reading this, you need to ask yourself: How can this be Jehovah’s Organization if it continues to put children at risk despite these adverse court judgments? If Jehovah’s clean organization truly abhors child abuse and considers it a crime, why can’t it allow all accusations of child abuse to be reported in the same way as other crimes (such as theft and murder) are to be reported?

Let’s hope the billboard catches the eyes of those making trips to the JW conventions starting later this month. The only way Governing Body members will even consider changing their minds is if JW members have the guts to speak up and demand it.

Kudos to the organizers for making this idea a reality.

July 16, 2015
Found in a Religious Education Textbook Aimed at Eight-Year-Olds...
Next Post

July 16, 2015 TLC Officially Cancels 19 Kids and Counting
Browse Our Archives
What Are Your Thoughts?leave a comment