Christian Writer Tells Woman Getting Raped By Her Husband to Eliminate That Word from Her Vocabulary July 14, 2015 Rachel Ford

The ever-disturbing BiblicalGenderRoles.com posted a letter this week from a woman seeking advice from the anonymous Christian behind the site. She laid out a disturbing picture of abuse and rape by her husband and detailed her struggle to reconcile her notion of a Christian woman’s duty to provide sex to her husband with the impact it actually had on her.

She wondered: Is her husband raping her? 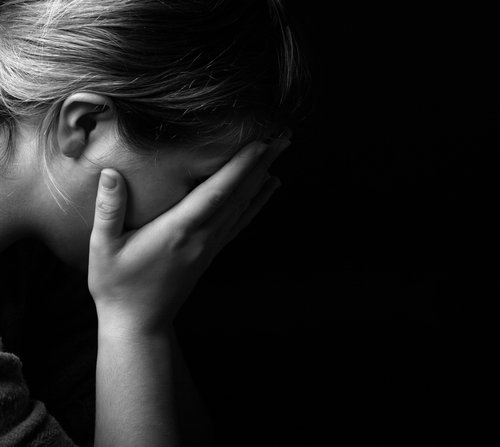 Among a number of troubling passages, she writes:

I have told him this is not love, this is not biblical love, I do not feel loved and he does not care. I hate when he touches me. It literally makes me sick to my stomach. I became so deep in depression because of it. I will be so sad and heartbroken after we have sex sometimes and he actually will ask, “What is your problem?”

She concludes with this:

And just a side note, I am not a feminist, I am very biblical when it comes to God’s way, and not being in this world but of this world. So I do get what you are saying about not denying your husband of sex.

But what do you do when it has turned into what yes I would call rape?

Now, this is the same website that has previously stated there is no such thing as rape between a husband and wife, biblically speaking. Still, you’d hope that such a letter might elicit some faint flicker of humanity, if only for the added human dimension in what was previously a discussion of hypotheticals.

On the contrary, the site’s purveyor of Bible-based misogyny takes it upon himself to explain how this is not only not rape, but pretty much all her fault. He does this by examining a series of questions springing from her letter.

He starts by explaining why it isn’t wrong for a husband to have sex with his wife when he knows it will cause her pain.

Question 1 — Was the husband wrong for having sex with his wife while she was pregnant and in pain?

It depends. Had he just had sex with her in the last few days? Then perhaps he should have put her need to not experience more pain and discomfort ahead of his need for sex. But if she had been in pain for weeks or a month and he finally came to her and said “Babe I need this, I promise I will make it quick” — then she should have put his need for sex above her need to not experience additional discomfort.

It gets worse from here. With the caveat that a husband shouldn’t force himself on a wife who can’t have intercourse for medical reasons (although in those cases the wife should “meet her husband’s sexual needs in other ways during this time”), he reiterates that he does not advocate “for a Christian husband to force himself upon his wife”… however:

And while he may claim not to advocate for marital rape, he is eager to defend it. Because Jesus, of course. In fact, a few points later, he specifically addresses the issue of rape, in about as odious a fashion as you can imagine.

Is her husband raping her or abusing her by having sex with her when she is not in the mood?

Aside from his physically harming her by forcing himself upon her no he is NOT abusing his wife from a Biblical perspective. Even if he did physically force himself upon her — it is IMPOSSIBLE Biblically speaking for a man to rape his wife. Abuse? Yes. Rape? No.

Not content to simply justify marital rape — because rape isn’t rape, if the rapist is married to the victim — he goes on to explain how the victim is actually the one at fault here.

If he convinces her to yield her body to him, then no sin has been committed on his part. But it is very possible that even if she yields to him — there is still sin on her part. If she acts disgusted by him and acts like he has no right to have sex with her — then the sin lies squarely in her court. She needs to eliminate the terms “rape” and “molester” from her vocabulary regarding her husband’s sexual advances toward her.

According to this (im)moral framework, rape isn’t rape; forcing a partner into sex may — may — be abusive, but it’s completely Biblically permissible. (Which means, I guess, that God is okay with spousal abuse?) Coercing a partner into sex is not a problem at all. The real sin lies with the woman who calls something like this rape.

Apparently, Jesus doesn’t have a problem with rape, just people who call it that.

While it may be tempting to assume this is one troll subsisting in the shadows of the information superhighway, as Vyckie Garrison has noted, it’s not quite that simple:

… while the anonymous fundamentalist writer lacks much of the subtly and sugar coating of more established and prominent ministries, his interpretations and instruction are not misrepresentative of the “biblical” advice which married couples who seek Christian counselling for relational problems encounter on a daily basis.

Garrison also includes some resources that may be of use to anyone in this situation:

For more information regarding spiritual abuse, check out the survivor stories at No Longer Quivering. Go here, for practical help and resources available to victims of abuse.

What the letter writer describes is not her own failing as a wife, or the occasional sin on her husband’s part in conjunction with her own. She is describing an abusive situation that includes instances of marital rape. And she doesn’t need to submit or purge her mind of (accurate) descriptors like “molester.” She needs actual help, not guilt and shame and exhortations to further submit.

In short, exactly the opposite of what the anonymous author writes.