One of the many problems with Christian theology is this notion that sinning against God — starting with Adam and continuing through today — is the cause for anything bad that happens.

Natural disasters? God’s just punishing us for rebelling against Him.

School shootings? What else did you expect after we removed mandatory Christian prayer from schools?!

And 9/11? The terrorists had nothing to do with it. It’s totally our fault.

That last one is what Creationist Ken Ham says in the video below: 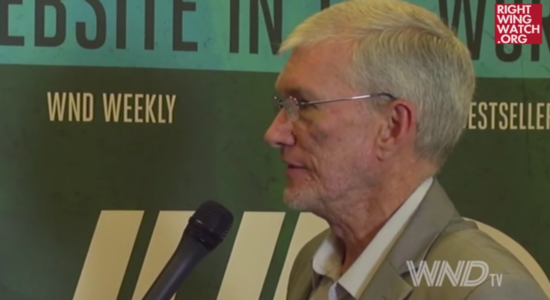 You know, that 9/11 event was certainly a dramatic event in the history of America, and it certainly challenged a lot of people. And it reminds people, too, that this is a sin/cursed universe. And, you know, the Bible tells us death is the penalty for sin… there’s evil in the world because of our sin and because we’re responsible. You can’t just look at something and say, “That’s what the terrorists did.” You have to look at it from the perspective of “That’s what we did.” Because we, and Adam, sinned against a Holy God. So we’re collectively responsible…

Then again, lying’s a sin, but that hasn’t stopped Ham from building an entire museum and future theme park, neither of which are based in reality.

July 13, 2015
TV Host Can't Stop Laughing As Islamic Theologian Tells Her About the Sin of "Oral Sex In Advanced Dimensions"
Next Post