After Tax Fraud Conviction, Creationist Kent Hovind Has Finally Been Released from Prison

After a stint in prison for tax fraud, Creationist Kent Hovind was finally out from behind bars yesterday (though he’ll be under house arrest for a month and then spend another three years on “supervised released”).

And his first act after being released was to upload this picture onto Facebook showing the people picking him up — son Eric Hovind is in the back seat with Jim Bob Duggar (?!?) riding shotgun: 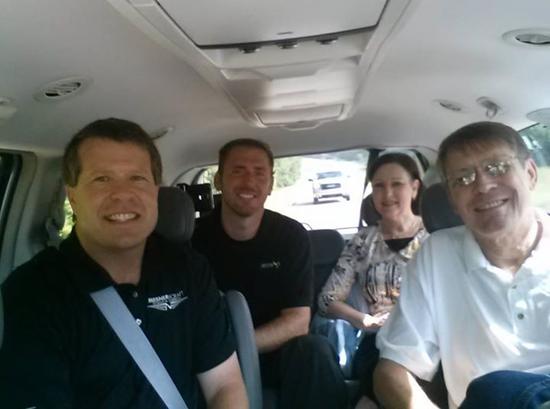 It’s a Who’s Who of wannabe Christian martyrs.

You know, you could make a strong case that Kent Hovind isn’t even in the top half of People in That Car Who Have Done the Most Damage to Society…

You can see a running timeline of Hovind’s story — “The Evolution of ‘Dr. Dino'” — right here.

(Thanks to Jody for the link)

July 9, 2015
Pennsylvania Catholic School May Be Punished After Firing of Gay Teacher
Next Post