The Faravahar is an important symbol of Zoroastrianism, depicting a guardian angel of sorts.

So when Snoop Dogg is sitting on a throne, smoking a joint, with the symbol right above him, you can understand why some religious types might get all offended… 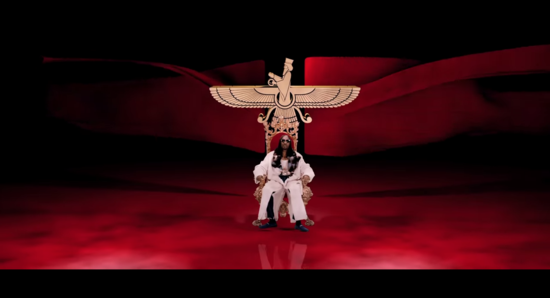 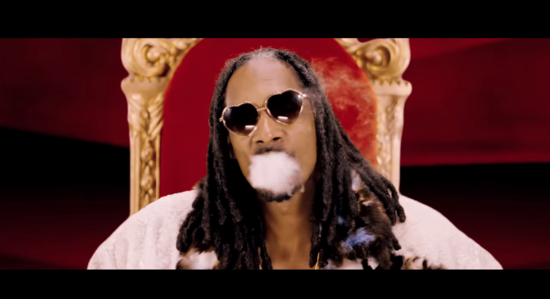 It all happens in the music video for “King” by Iranian pop singer Amitis:

And it’s pissed off one community to the point where they’ve filed a completely unnecessary lawsuit:

A public interest lawsuit has been issued by the Calcutta Zoroastrian chapter in the hopes of getting the video, which also features pole dancers in golden underwear and men as cliched Ancient Egyptian servants, banned.

A representative said: “The wrong use of religious and sacred symbols and iconography hurts, insults and outrages the religious sentiments and beliefs of Parsi Zoroastrians.”

It’s hard to get worked up over a symbol that virtually no one knows anything about. I promise you nobody watched that video and came away thinking “Yeah! Screw Zoroastrianism! (Also, if we’re making a list of offensive places Snoop Dogg has smoked a joint, this probably ranks in the lower quintile.)

While India has no formal blasphemy law, there’s a history of misguided arrests for people who intentionally criticize religious sentiments. (You remember Sanal Edamaruku who fled the country to avoid arrest after debunking a supposed Catholic “miracle.”)

This wasn’t intentional. And it isn’t really even critical of religion. So it’s unlikely this lawsuit will go anywhere, but it’s telling how thin-skinned religious groups can be that they’d get offended by something this harmless. If anything, they should be thanking the video’s producers for potentially introducing their faith to a wider audience.

(Thanks to Sharon for the link)