Puerto Rican Police Set Up Road Block to Proselytize to Drivers, According to Atheist Group’s Complaint

Have you ever been driving and come across a police road block? Maybe there’s an accident up ahead, or they’re doing surprise sobriety checks on all drivers.

In Puerto Rico last week, drivers in Barceloneta City came across one of those blocks. You won’t believe what happened when they stopped: 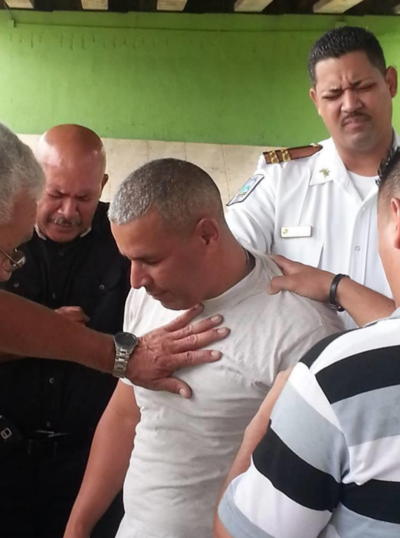 During the “faith road-block”, officers stopped people on the road for the purpose of preaching, distributing written religious propaganda and praying for drivers. It was a religious activity in which the Christian faith was professed, particularly of an Evangelical variant.

That’s part of a complaint filed this week by the Ateistas de Puerto Rico against the Police Department of Barceloneta City:

The acts during the “faith road-block” reflect the officers’ personal religious interests and are outside the scope of duties and obligations as agents of the public and civil order. The officers wore their uniforms and badges, and the event was carried out on labor hours, which are funded by the public treasury, for purposes that do not advance the mission and vision of the Police Department nor the interests of the state or of the city’s administration.

It’s unbelievable that this is how cops were spending their working hours. The casual nature of how they did it makes you think it’s happened before — with no consequences. No one in a position of power ever saw any problem with it.

Well, they stopped the wrong people this time.

July 8, 2015
It's Meditation Without the New-Age Nonsense
Next Post