This past April, a 15-year-old boy went into the bathroom at St. Francis Catholic Church in Sherwood, Oregon, and noticed something weird… 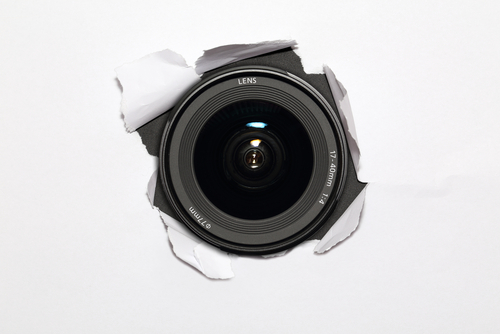 The teenager noticed an electrical outlet affixed to the wall at waist-height next to the toilet, the records say. He thought that was a strange place for an outlet, so he pulled it from the wall and brought it to the priest. The fixture appeared to be a disguised camera.

Whoa! Crazy! The proper thing to do here would be for the priest, Father Ysrael Bien, to call police immediately so they could investigate.

So that’s what Bien did:

Two days later, the boy’s mother contacted Bien and asked if police wanted to talk to her son or take his fingerprints.

He told her that police had visited the parish and they didn’t need the boy’s statement or fingerprints because the priest had filled them in on everything, records say. Police had a suspect in mind who had used similar devices in other places, he continued. They were gathering more evidence to make an arrest, he said.

He also told the mom that officers said it would have been better if the boy had left the device alone “so they’d have a chance at collecting evidence from it later.”

Days later, there was no new information. Then the boy’s parents learned that the church deacon wasn’t aware of the situation at all. Days after that, Bien told them that the police couldn’t do anything because of the limited amount of evidence in the case.

Everything just sounded fishy. So the boy’s father decided to call Bien’s bluff:

The boy’s dad emailed Bien on May 19. “I wanted to reach out and request a copy of the police report from Sherwood PD,” he wrote. “If you didn’t receive a copy of the report, I’ll be glad to contact Sherwood PD to request it.”

The priest replied a little more than an hour later.

“There is no police report and it is best if I explain this to you in person,” Bien wrote.

You see where this is going.

Bien never contacted the police in the first place. And to make matters worse, when the police finally did investigate, Bien told them the camera had no memory card inside. Oh, and the camera was missing.

For now, the church has done the right thing by putting Bien on leave while the police conduct a real investigation.

Makes you wonder why they think gay marriage and contraception is such a big deal when they can’t even get their own house in order.

Side note: You may recall that something similar happen last October when a rabbi in Washington, D.C. was arrested after it was discovered that he put a hidden camera in a women’s bathroom.

(Image via Shutterstock. Thanks to Greg for the link)

July 8, 2015
"By His Grace" Is a Christian Photo Studio That Just Got Outed For Shameless Image Theft
Next Post

July 8, 2015 Kansas Governor's Executive Order Will Let Taxpayer-Funded Religious Groups Discriminate Against LGBT People
Browse Our Archives
What Are Your Thoughts?leave a comment