Alabama Mayor Takes Down Christian Flag Outside City Hall, Then Blames FFRF for Picking On His Small Town

For some reason, a Christian flag has been hanging outside the Glencoe (Alabama) City Hall for approximately two decades — it was put up by now-deceased Police Chief B.J. Alexander: 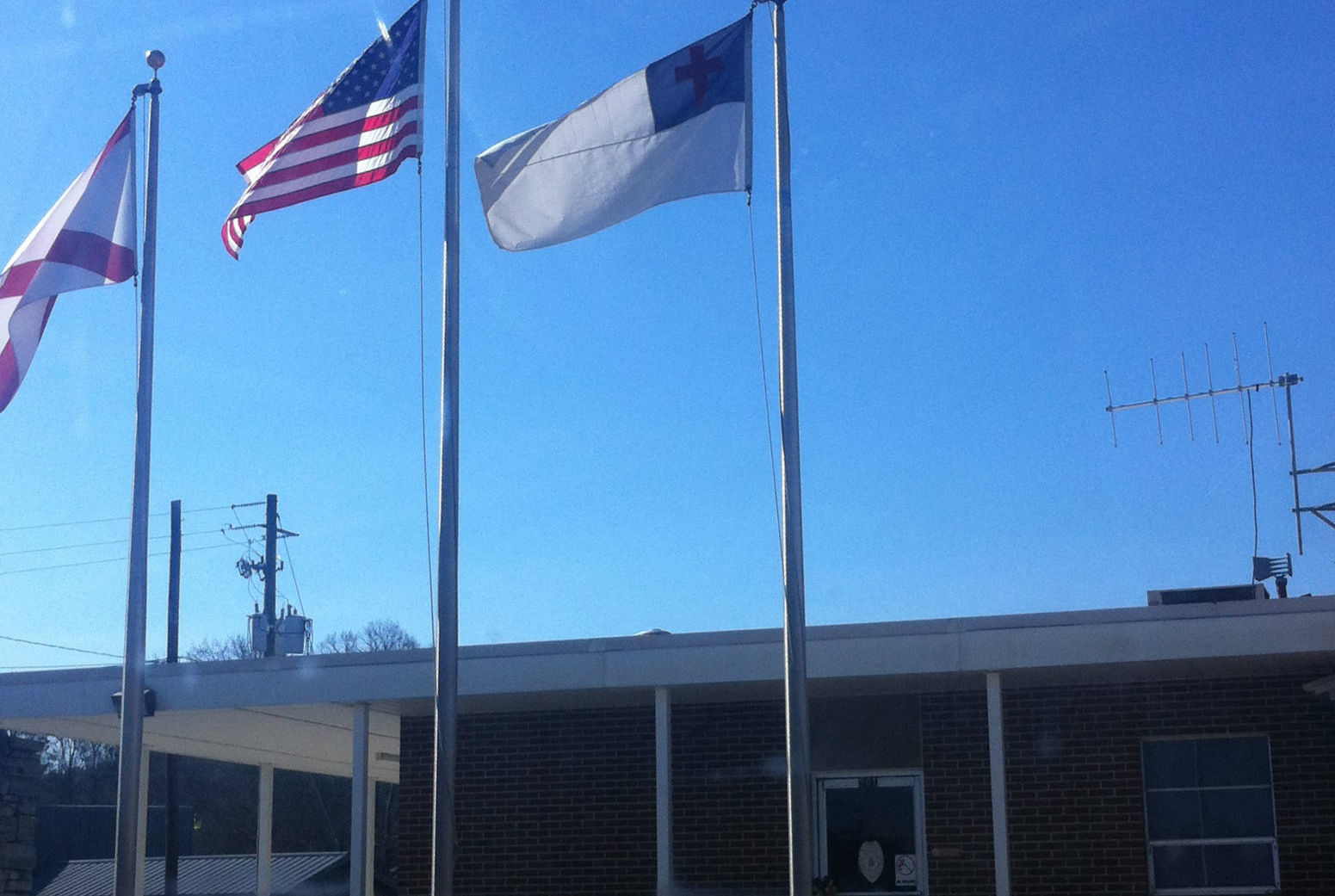 Months ago, the Freedom From Religion Foundation sent an attorney for the city a letter warning him about the obvious problem:

“The Christian flag was designed by Protestants in the early 20th century and continues to be displayed in Protestant churches throughout the country,” explained FFRF Staff Attorney Andrew Seidel. “It features a Latin cross—the most significant symbol of Christianity. Moreover, each of the flag’s colors represents a different aspect of Christianity: blue refers to ritual baptism in water, white to Biblical conceptions of purity, and red to the crucifixion of Jesus Christ.”

“It is unconstitutional for a government entity to fly a flag with a patently religious symbol and meaning on its grounds. You must take immediate action and refrain from hoisting this flag up the flagpole at the City Hall building,” Seidel informed the city.

It took long enough, but the flag has finally come down.

Mayor Charles Gilchrist wouldn’t admit his people did anything wrong by leaving it up. Instead, he said they just feared a lawsuit:

Gilchrist says the city attorney warned about another town that was sued over a similar matter. That town had to play $500,000 in damages plus $50,000 in legal fees.

“That would just about ruin us,” said Gilchrist, by phone Friday night. “That’s what they do, they pick on these smaller towns that can’t defend ourselves.”

FFRF doesn’t pick on small towns that can’t defend themselves. They remind all towns how to follow the law when they’re very clearly breaking it.

Gilchrist should send FFRF a thank-you note for the reminder instead of blaming the group for pointing out how the city was violating the Constitution.

July 7, 2015 Comedian Jim Jefferies Tackles the Absurdity of Infant Baptism
Browse Our Archives
What Are Your Thoughts?leave a comment