In Mexico City, in 1951, yams changed the world of contraception forever.

A chemist by the name of Dr. Carl Djerassi had found a way to synthesize the hormones they contained. While it would take another decade of testing before his work would reach its intended market, he had created a combination that gave birth to what we now know as The Pill. 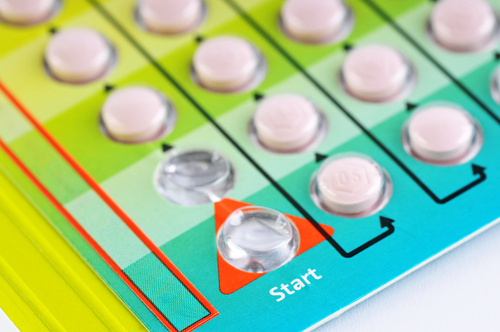 Decades have passed since oral contraception first went mainstream. Since then, scientific advances have given us even more options in terms of hormonal contraception, from implants to rings to patches. There’s certainly been a fair amount of opposition along the way, particularly from the Religious Right, who feel such measures interfere with God’s plan.

Now, a new argument has emerged: hormonal contraception is anti-woman.

And the woman pushing it is none other than Ricki Lake.

Lake, best known for her tenure as a daytime talk show host, recently launched a Kickstarter campaign to fund production of a film based on the incendiary book from Holly Grigg-Spall, Sweetening the Pill: Or How We Got Hooked on Hormonal Birth Control.

This documentary will explore what technological and medical advancement might mean for birth control in the 21st Century. Together we will investigate, informatively and realistically, the next women’s health revolution.

The traditional entertainment companies that we’ve met with this last year have had concerns about touching such a controversial topic. However, we feel ignoring or sweeping aside the problems women have with hormonal contraceptives isn’t going to serve any of us in the long run.

55 years after the release of the Pill, we think birth control needs a second, and thorough, look.

But what, exactly, do they mean by a “thorough” look? As Lindsay Beyerstein wrote for Slate when the book first hit shelves in 2013:

In her new book Sweetening the Pill: or How We Got Hooked on Hormonal Birth Control, Holly Grigg-Spall offers what she calls a “feminist critique” of hormonal contraception. She argues that the so-called liberating force of the pill has been illusory. She claims that the pill keeps women in the thrall of patriarchal capitalism and destroys their health in the process. The addiction allusion in the title is not a metaphor — Grigg-Spall is convinced that the pill is an addictive drug.

Grigg-Spall’s argument rests heavily on her own bad experience with Bayer’s Yasmin (which she blames for turning her into an emotional wreck) and comments on various websites dedicated to sharing pill horror stories. She indignantly anticipates that readers will dismiss these anecdotes: “I was sick, and then, I was well,” she writes. “That this is not enough evidence of the pill’s impact reveals so much about why women are encouraged to take this drug in the first place.” In other words, she accuses her critics of being sexist if they won’t accept her cherry-picked testimonials as proof that the pill harms all women.

Not exactly persuasive. Grigg-Spall’s position misappropriates science and is profoundly anti-woman despite their belief otherwise. If ever there were pawns for the Religious Right, Grigg-Spall and Lake fit the bill.

There’s no denying that hormonal birth control isn’t a good fit for all women. But different bodies react differently to basically every form of pharmaceutical on the market. The blood pressure medication Lotrel can cause fatal liver complications. The antipsychotic Lamictal can cause a lethal rash to develop. Cialis can spur a heart attack (talk about killing the mood). But we don’t take these drugs off the market because they cause a negative reaction in a minuscule fraction of the population. Why? Because they do far more good than harm for millions.

The same is true for hormonal contraception.

But Grigg-Spall doesn’t care about that… or really any of the science related to hormonal contraception. She has outright disdain for medical research at times and demonstrates her ignorance by grouping dramatically different types of contraceptives together in her criticism. She ignores the data demonstrating the safety of hormonal birth control by the vast majority of those who use it, lies outright about supposedly addictive properties, and brushes aside the significant implications for people with reproductive struggles like endometriosis. At best, her work is dangerous misinformation based on selective narratives.

But perhaps the most tone-deaf of her arguments is that hormonal contraception is somehow an attempt to keep women down. Prior to the widespread dissemination of oral contraceptives, women had to fight for access to many of the non-hormonal forms of contraception advocated by Grigg-Spall for women today.

At the time, the Religious Right insisted that it was a sin, and often relied on misogynist ideas about the role of women in society to advance their dogmatic agenda. As a result, many stores would not carry the options, nor would doctors aid women who sought them out. Medicalization of the process accelerated through the introduction of hormonal contraception turned this framework on its head. This wasn’t about new-fangled devices and contraptions that were against God’s laws; it was about providing medical care to women. This made it much easier for doctors and scientists to get on board with the idea of contraception. Grigg-Spall demonizes such medicalization, arguing that it ties women to a capitalist system run by men who want to control them. In reality, medicalization was a means of subverting the control men had over women at the time by providing women greater access to options over what happened to their bodies. That change gave them greater economic, sexual, and social freedoms.

Margaret Sanger, founder of what we now know as Planned Parenthood and one of the foremost leaders in the fight to increase access to contraception, was one of the figures who championed medicalization as a means of broadening social support for what was ultimately a form of women’s liberation. As rhetoric and gender scholar Dr. Jessica Furgerson notes in The Battle for Birth Control: Exploring the Rhetoric of the Birth Control Movement, 1914-2014 (not available online):

Because actualizing the right to contraception was contingent on its legalization and popularization, the birth control movement was forced to operate within the confines of the social context that necessitated outreach to groups with the requisite political power and social capital to establish the acceptability of birth control… bringing doctors on board was necessary to birth control apart from quack medicine, professionalize the movement, and expand contraceptive instruction into clinics and public health initiatives.

While this most certainly ceded some control over women’s reproductive rights to the state, it was the only way women like Grigg-Spall would have had access to reproductive choice in the first place. The privilege and hypocrisy in her admonitions is repulsive.

Don’t get me wrong — there are valid criticisms of the history and current state of available contraception. One can point to the widespread experimentation on women of color in the early stages as a form of racism. One can question why funding for research into new forms of contraception has fallen so steeply. One can marvel at the fact that, despite being approved and widely available in other nations, male hormonal contraceptives have yet to make their way to the U.S. But to dismiss history and science to demonize a solution that has liberated so many women without consequences to their health is repulsive.

Ricki Lake’s involvement, however, should come as no surprise.

In 2007, she was the Executive Producer of a film entitled The Business of Being Born, which advocated strongly for at-home birthing and natural child rearing. There’s nothing wrong with those choices, but similar to Grigg-Spall, she demonstrated gross ignorance of the history of medicalized alternatives.

As noted OB/GYN Dr. Amy Tuteur points out in an article for Time:

[Lake is] part of a natural parenting movement that is anti-hospital birth, anti-epidural and anti-formula — technological innovations that have made the legal, political and especially the economic liberation of women possible. Opposition to the Pill is the next logical step of that philosophy.

For most of human history, women have been reduced to slaves to their biology.

Childbirth is inherently dangerous and has always been a major cause of death for young women. Hospital birth changed that.

Childbirth is routinely agonizing and has always been a source of tremendous fear and suffering. Epidurals changed that.

Breastfeeding bound women to the home and posed serious health problems for babies of mothers who couldn’t produce enough milk and turned to unsafe supplements. Infant formula changed that.

But the single biggest factor in women’s enslavement to their biology has been the inability to control their fertility — blighting sexual enjoyment, imposing tremendous economic hardship of unwanted children, and bringing death to young mothers who agonized over being torn from their older children. The Pill changed that.

In other words, Lake is no stranger to anti-science, anti-woman advocacy. And she’s putting that experience to good use. Her Kickstarter campaign to fund Sweetening the Pill, created with producing partner Abby Epstein, has already hit its goal and her efforts are already being lauded by the natural parenting community — historical and medical inaccuracies be damned.

July 2, 2015
Episcopalians Vote Yes to Gay Marriage in Church, But Are They Too Late?
Next Post

July 2, 2015 Catholic Church in Norway Owes Government More Than $5 Million After Inflating Membership Numbers
"Then I hope they do it correctly. Unlike how they did their strike at Wal-Mart ..."
Kevin Pennington The White House Faith Office Met ..."
"https://media2.giphy.com/me..."
NoOne of Consequence The New Leader of a Major ..."
"Then apparently I'm in love with flower paste."
KMR Anti-Racism Activist Rev. Rob Lee IV ..."
"You ask me to not judge Dawkins, while you judge me. Okay, Jan."
democommiescrazierbrother Richard Dawkins: It’s “Wise and Sensible” ..."
Browse Our Archives
What Are Your Thoughts?leave a comment