We tend to think of Iceland as fairly liberal — politicians unanimously voted in favor of marriage equality in 2010, they elected an openly lesbian Prime Minister in 2009, etc.

But they have had a blasphemy law in the books since 1940 that has no place in modern society. 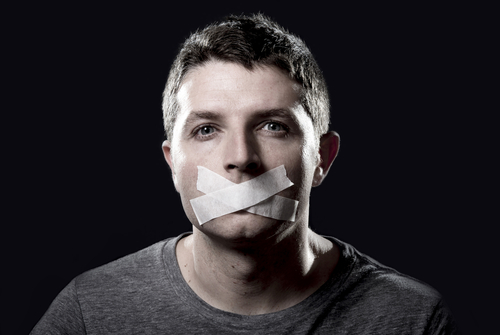 Anyone officially ridiculing or insulting the dogmas or worship of a lawfully existing religious community in this Country shall be subject to fines or [imprisonment for up to 3 months.] Lawsuits shall not be brought except upon the instructions of the Public Prosecutor.

In January, members of the Icelandic Pirate Party — it’s a real thing — called for a repeal of that law following the Charlie Hebdo massacre.

And wouldn’t you know it, the Pirates got what they wanted. Today, that law was rightfully repealed

Iceland’s parliament agreed today to abolish the blasphemy provision of the Criminal Code… Icelanders have now taken an important step in guaranteeing human rights and joined other nations which respect freedom of speech and expression.

Despite having only 3 seats in the 63-seat Parliament, the Pirates got the job done. (There’s a reason the party could win several more seats in the upcoming election.)

Blasphemy is not a crime. Insulting or criticizing bad ideas, even sacred ones, should never be punishable with fines or prison time. This was the right move, and good on the members who voted the right way. (Only one member of Parliament opposed the bill while three abstained from voting.)

(Top image via Shutterstock. Thanks to Thorsteinn for the link)

July 2, 2015
I Guess We Have Affected the Religious Liberty of Christians...
Next Post

July 3, 2015 The Ten Commandments Are Not a Foundation of Western Law, and We're Better Off Because of It
"I dont have a religion, no dogma, no leaders, no traditions. So... what the hell ..."
Zasz Pastor: The Constitution Says Democrats Can’t ..."
"This explains my social awkwardness."
Timothy Weston The Lack of Opposite-Gender Friendships Among ..."
"are you still terrified of my question and still running? or are you just running ..."
Atheists are FOOLS Podcast Ep. 341: The Supreme Court’s ..."
"Good luck even finding a phone booth. The few public pay phone to be found ..."
Synfandel Another Church Has Violated the Johnson ..."
Browse Our Archives
What Are Your Thoughts?leave a comment