Where Was God’s Wrath All Those Other Times? July 1, 2015 Lauren Nelson

Where Was God’s Wrath All Those Other Times?

While religious extremists do more harm than good, it’s hard to argue that they don’t provide entertainment every now and then. One of their favorite rallying calls of the past several decades has been to predict God’s apocalyptic wrath due to the acceptance of homosexuality in America. 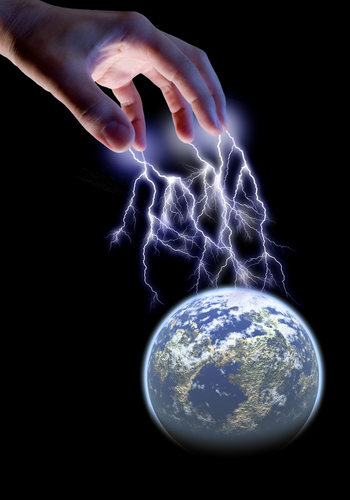 Unsurprisingly, the recent Supreme Court affirmation of marriage equality has brought out the nuts once more.

Here’s the thing, though: if we’re willing to suspend our (dis)belief and assume there is a Higher Power out there who is all too willing to dole out punishment for sin, aren’t there a slew of other travesties that should have prompted such rage?

Where was God’s wrath when this nation was originally colonized, with settlers slaughtering millions of Native Americans in order to steal their land?

Where was God’s wrath when Christians led the charge against Suffrage, relegating descendants of Eve to a position of legal subjugation? (Worse, many STILL do.)

Where was God’s wrath when slavery turned more than 10 million of His children into property, with untold millions more black bodies abused and murdered in the name of capitalism as the scourge went on?

Where was God’s wrath when legal institutions blocked access to the ever so holy institution of marriage based on the color of their skin?

Where was God’s wrath when more than 120,000 Japanese American citizens were put into lethal prison camps out of baseless fear and boundless racism?

Where is God’s wrath today as 49 million of his American children live without knowing where there next meal will come from, but trillions are spent to bail out corporations?

Where is God’s wrath today as a country that represents 4.4% of the global population calls itself home to 22% of the world’s prison population under conditions that would make your skin crawl and at a rate that highlights the pervasive racial discrimination in this nation?

Where is God’s wrath today as the electorate continues to vote into power a party determined to eliminate the programs which benefit the poorest among us?

Where is God’s wrath today as the environment he so lovingly crafted is poisoned and destroyed on the daily in the name of “economic progress”?

Where is God’s wrath today as economic and trade policies endorsed by one of the wealthiest nations in the world facilitates the exploitation and abuse of His children in so called “developing nations”?

Where is God’s wrath today as millions of neurodiverse individuals are denied access to the mental health care they desperately need, instead abused by a criminal justice system that views them as inherently dangerous?

Where is God’s wrath today as 1 in 10 kids suffer from child abuse, 1 in 16 are sexually abused, and 1 in 10 are witnesses to domestic violence?

I’m just saying: if these atrocities, past and present, have not been sufficient to elicit God’s wrath, but two loving adults in a consenting relationship being recognized by the law means we need to duck and cover, that’s no God I want to know.

July 1, 2015 Jim Carrey Goes on Ignorant Twitter Tirade Over California's New Vaccine Law
Browse Our Archives
What Are Your Thoughts?leave a comment