On Friday, after the Supreme Court’s marriage equality ruling, the Mormon Church issued a press release reaffirming their teaching of bigotry: 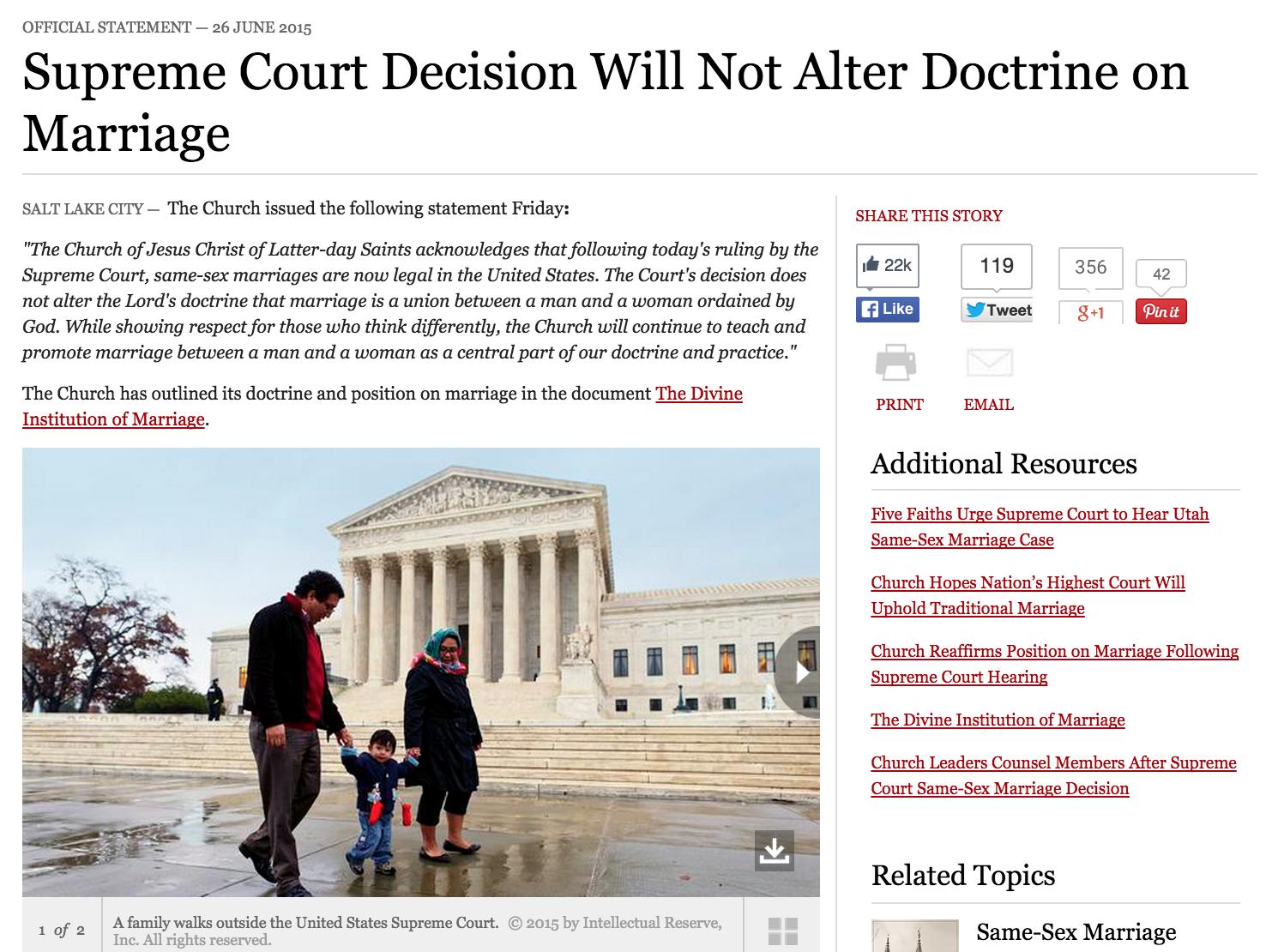 “The Church of Jesus Christ of Latter-day Saints acknowledges that following today’s ruling by the Supreme Court, same-sex marriages are now legal in the United States. The Court’s decision does not alter the Lord’s doctrine that marriage is a union between a man and a woman ordained by God. While showing respect for those who think differently, the Church will continue to teach and promote marriage between a man and a woman as a central part of our doctrine and practice.“

Notice how they included a picture of a heterosexual couple with a child with the press release — because that’s the sort of family the Mormon Church wants to see more of!

What they didn’t realize is that the parents in that picture are both strong supporters of LGBT rights. In fact, the mother is part of a public group advocating for the Church to be more loving of LGBT people.

… We responded to a church PR request for multicultural families to participate in a photo shoot last fall. We knew signing the paperwork that the images might be used for issues that we don’t agree with, but we also wanted to show the diversity of church membership. I guess we were the only DC area family that was photographed in front of SCOTUS. Anyway, I “rainbow-fied” the photo in my profile photo so I hope that shows that I’m pro-marriage equality. 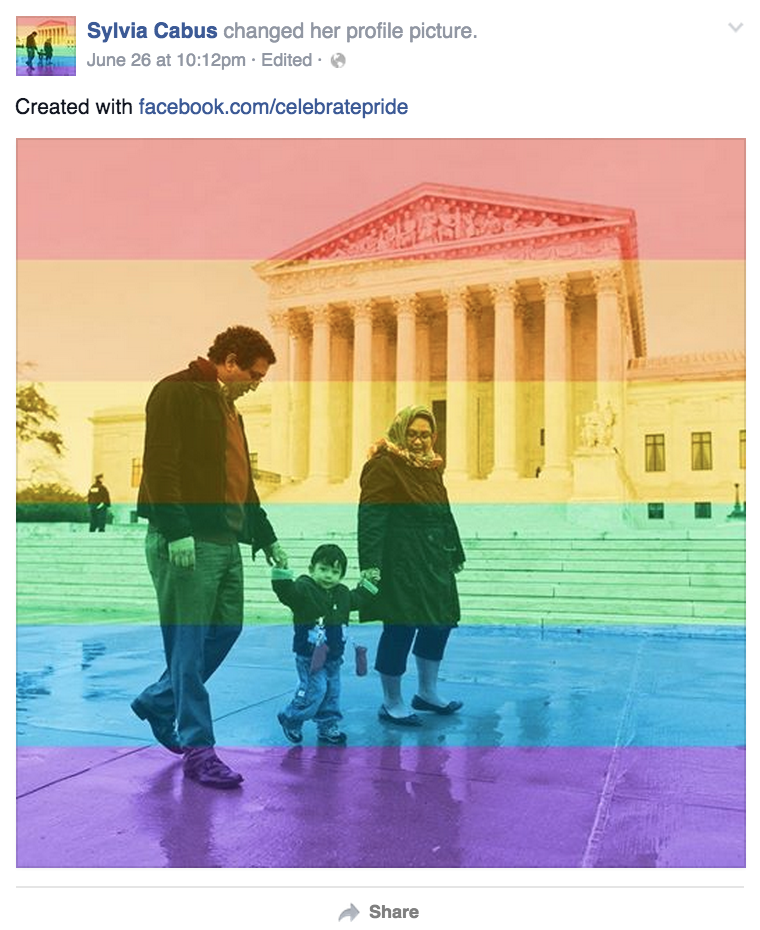 How’s that for some irony? The anti-gay Mormon church, in its official press release following the marriage equality ruling, accidentally featured a couple urging the church to not be so anti-gay.

And I still don’t think Church leaders have figured out their mistake.