Alabama Supreme Court Chief Justice Roy Moore, the man who constantly thinks he’s above the law, is furious with the recent marriage equality ruling. So is everyone, it seems, inside his social circle.

In a letter written by one of his lawyers, Win Johnson (below) — presumably without Moore’s knowledge and presumably to Governor Robert Bentley (though he’s never mentioned by name) — the conservative Christian laments the state’s decision to comply with the new law. 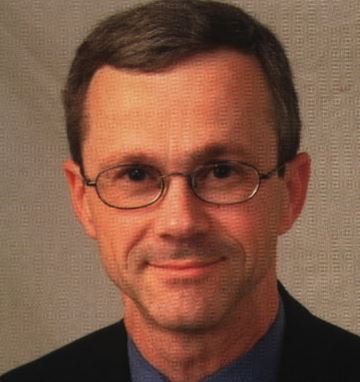 Johnson urges the reader to remember whose laws he should really be following:

Jesus Christ is Lord of all. He came to save the world by His death and resurrection. That world includes you, me, the family, the civil government, all the institutions of life. He came to advance His Father’s kingdom, not watch man run rampant upon the earth as if Christ had never come. As if it were the days of Noah!

Let’s just stop there for a moment.

Johnson is giving away the entire game plan right there. While all of this would be fine to utter on a Sunday morning in church, the beauty of our government is that elected officials are not ministers of God and Jesus Christ doesn’t get to make any decisions.

Then the letter droned on…

Don’t use the Nazi war-crimes trial defense: “My superiors (or the courts) told me to do it.” You’re not standing for the rule of law when you capitulate to a law that defies God and exposes people to the wicked. You’re just a coward making excuses!

In short, it’s exactly the sort of letter you’d expect from someone who thinks the Bible matters more than the Constitution. And it’s written by someone who, at least on paper, is supposed to understand the legal process.

Not that Moore’s any better. He just gave a speech on Sunday all about how Christians should expect to be persecuted.

Moore and Johnson are explaining why they have no business in positions of power. They can’t be trusted to do their jobs. For all the complaints from the Right about supposed liberal activists who legislate from the bench, Moore is someone who ignores the law when it doesn’t fit his narrow-minded agenda and urges others to follow his lead.

(Thanks to kos for the link)

June 30, 2015
A New Board of Trustees Could Put an End to Eruvs in Westhampton Beach
Next Post

July 1, 2015 Tennessee Store Owner Puts Up "No Gays Allowed" Sign
Browse Our Archives
What Are Your Thoughts?leave a comment