This first-grader shows more love through silence and a rainbow flag than the annoying Christian preachers trying to “save” her: 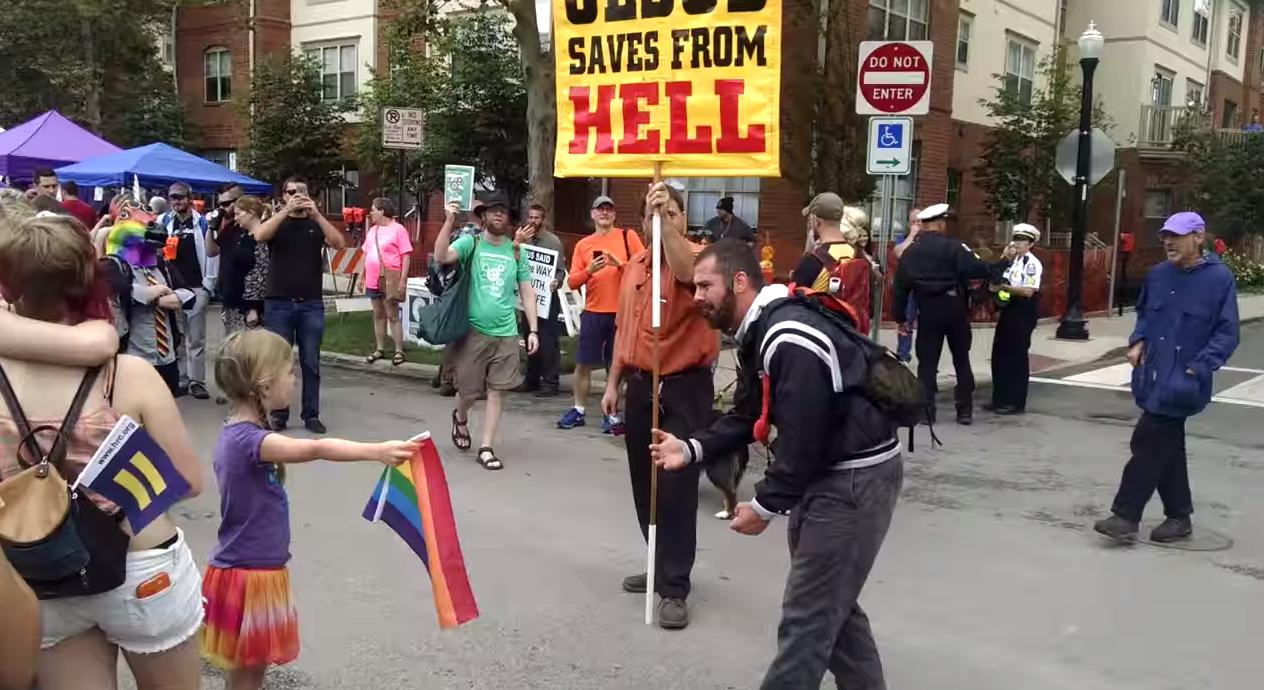 According to the video description:

This was not a march, or a political event. The preacher was accosting festival goers, including other families with children. His rhetoric, before being confronted by a small girl, was graphic, and bigoted. He was escorted out by police a short time later. Zea was not there to protest. She volunteers at Comfest every year, and was on her way to spend her volunteer tokens on pizza.