For the past couple of years, Orange, California Mayor Teresa Smith (below) has hosted a prayer breakfast. These events usually avoid being subject to lawsuits because officials don’t directly promote one particular faith, opting instead for a general “Yay, religion” attitude.

But new information obtained by the Freedom From Religion Foundation offers evidence that city workers were tasked with coordinating religious aspects of the event, from finding the right Bible verses to picking the religious theme for a speaker’s message. 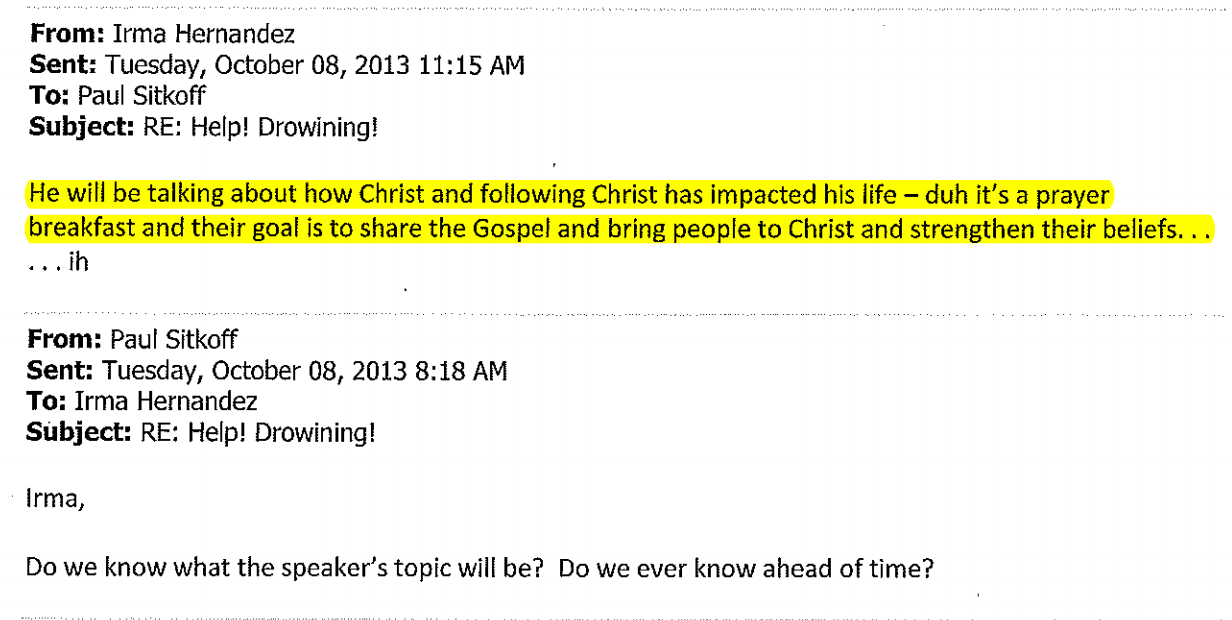 The city admitted this in their records: “He will be talking about how Christ and following Christ has impacted his life — duh it’s a prayer breakfast and their goal is to share the Gospel and bring people to Christ and strengthen their beliefs,” Deputy City Manager Irma Hernandez wrote of the 2013 keynote speaker in an email.

“Given the high degree of city involvement and entanglement in the event, any reasonable person or court would interpret this conduct as government espousal of religion. Given the history, the city must cease all coordination and promotion of this event,” concluded FFRF.

This is just far beyond what government officials should be doing with their time. It’s not their job to figure out how best to promote Christianity — or religion at all. While the Mayor could talk about how her faith inspires her to do some general good (as President Obama has done multiple times), at no point should a government prayer breakfast be a bully pulpit for speakers to proselytize.

So far, Smith has not issued a formal response to FFRF or indicated that she’ll stop these events.

June 30, 2015 A New Board of Trustees Could Put an End to Eruvs in Westhampton Beach
Browse Our Archives
What Are Your Thoughts?leave a comment