I Was a Guest Speaker at a Church Last Sunday June 30, 2015 Richard Wade

I Was a Guest Speaker at a Church Last Sunday

In May of 2013, Kile Jones launched a nation-wide project called Interview an Atheist at Church Day where he matched atheists and preachers for video-recorded conversations in their churches. I had immediately signed up as a candidate, but he was not able to find a match for me. Since then, he has continued to do interviews of his own and to pair up several more atheists with pastors. Finally, several weeks ago, he introduced me to Dr. Scott Colglazier, the pastor of the First Congregational Church of Los Angeles, and we had the interview last Sunday, June 28. (Thank you, Kile, and thank you, Dr. Colglazier.) 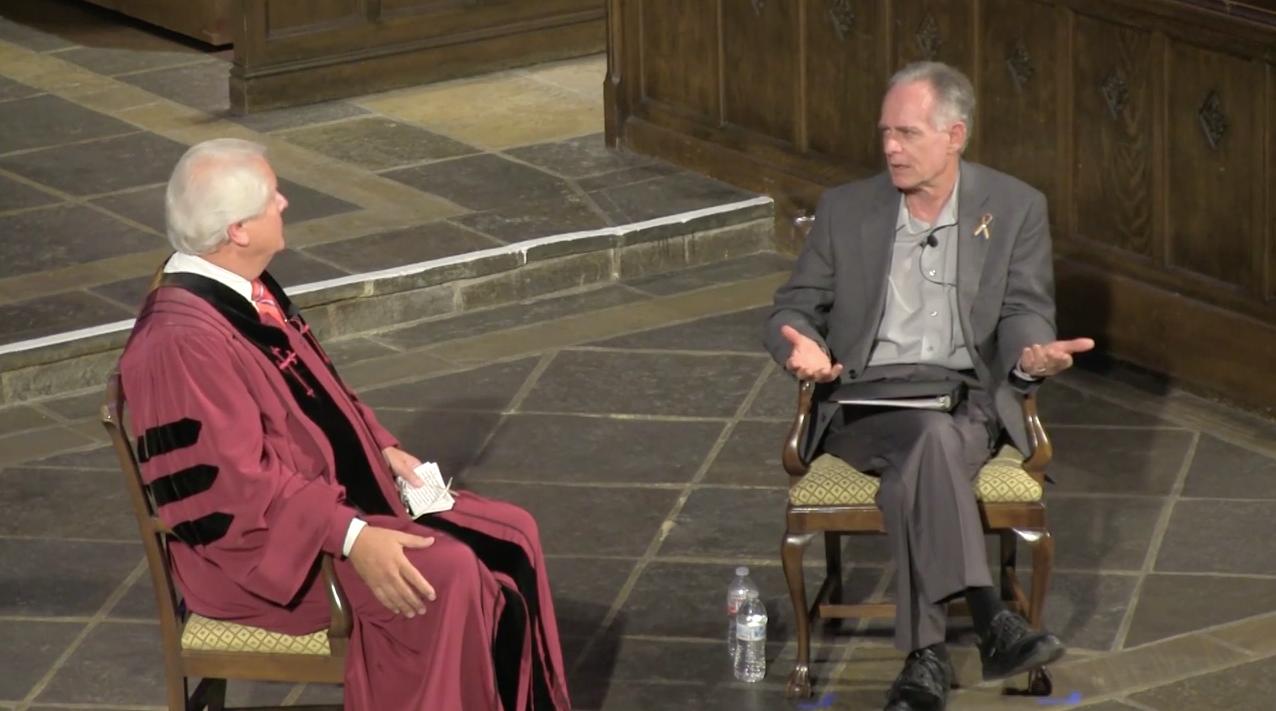 First Congregational Church’s present home has been a landmark near downtown Los Angeles since it was completed in 1932, an impressive Gothic Revival in concrete, looking like one of the legendary “ivory towers and dreaming spires” of Oxford. The spectacular interior, with tall stained glass windows and elegant carved wood appointments houses the largest pipe organ in the world. Listening to Christoph Bull perform a soft and serene version of Bach’s Passacaglia and Fugue in C minor before the service began was a rare pleasure for a classical music fan like myself. 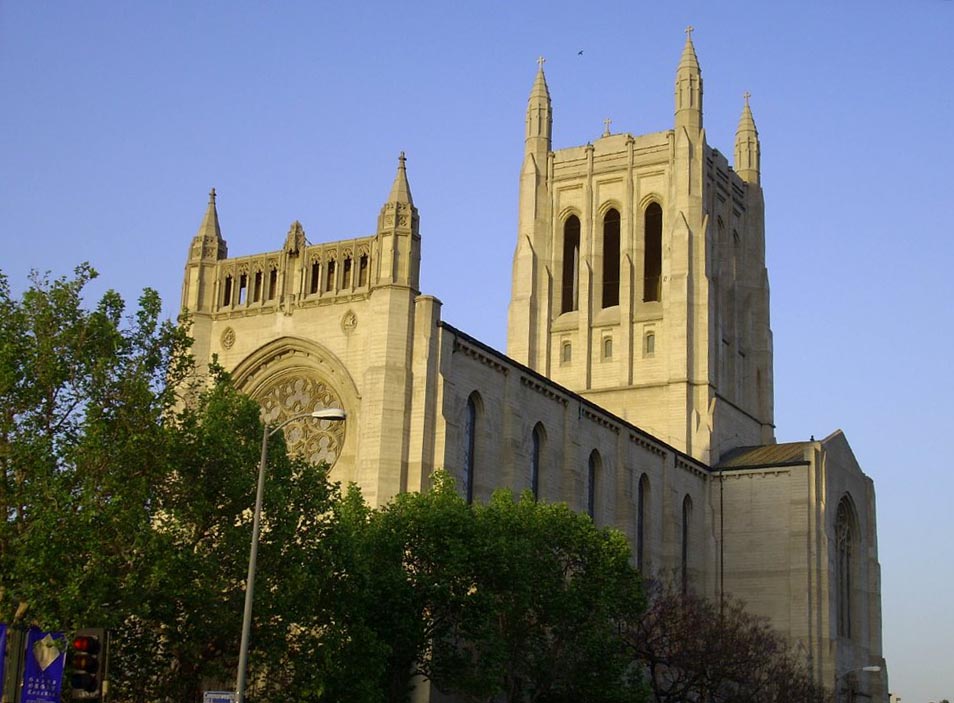 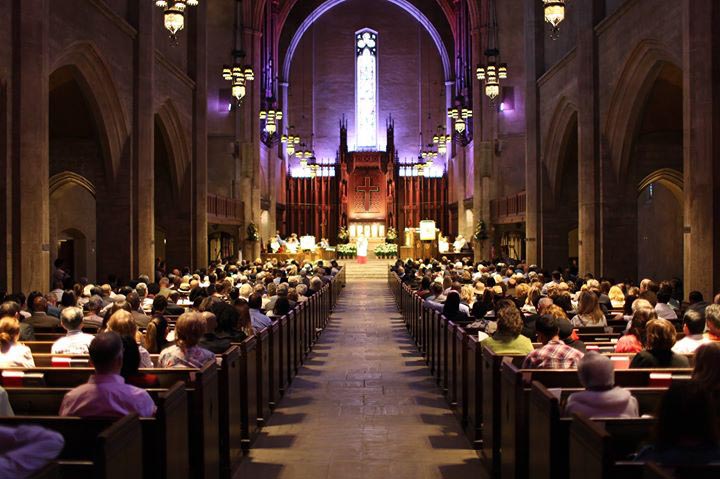 The Pastor and his church are very progressive and inclusive. They have performed same-sex weddings since it was first legal in California, and as a wonderful coincidence on that first Sunday after the SCOTUS marriage equality decision, the Gay Men’s Chorus of Los Angeles sang during the service as a guest chorus. Their performance was breathtaking.

At the very end of the service after our talk, Dr. Colglazier said that the previous week, they had had a special ritual of lighting nine candles commemorating the nine victims of the Charleston church shooting, but this week they had a much happier ritual to perform, and then he and everyone in the church choir and the visiting GMCLA chorus waved rainbow flags while the audience burst into applause.

Although I was not extremely nervous as I had been two years ago when speaking at Master’s College, it was still good to see one family of friends from my atheist group, the Santa Clarita Atheists and Freethinkers, who had driven the 32 miles to support me in the audience of about 400 church members.

The actual conversation was impromptu and relaxed. I felt very welcomed by the pastor and the congregation. I had several things in mind that I wanted to say, and although it was only 27 minutes long, I was able to say most of them. At the end of my remarks about skepticism I wish I had remembered to say that when I ask people for evidence, they offer me arguments, but arguments are not evidence. Oh well, it was a lot to keep in my head, and I was concerned with the limited time. I think that overall it was positive and constructive. My general goal was to humanize atheists and to challenge the worst stereotypes about us, especially those misconceptions that cause so much suffering in families. You can form your own judgments by watching the video:

During the coffee social afterward, I was approached by several gracious people who thanked me and asked questions, and a few members of the GMCLA and others said that they, too, are atheists. One said that he comes to the church because in his experience, so much of the emphasis there is more humanistic rather than particularly Christian.

If having a public dialogue with a religious leader is something you may be interested in, please check out Kile Jones’ website or his Facebook page.

June 30, 2015
Arkansas State Senator: The Majority Grants the Minority Their Rights "By Choice"
Next Post