Liberals have long maintained that if gay marriage were legalized, pastors would not have to perform those ceremonies and their churches wouldn’t be obligated to host gay weddings. Now that marriage equality has gone nationwide, conservatives are doing anything they can to put up hurdles to gay and lesbian couples who may want to take advantage of the new reality.

In Texas today, Attorney General Ken Paxton (below) released a statement saying that government workers who have religious reasons for discriminating against gay couples are allowed to treat them like second-class citizens: 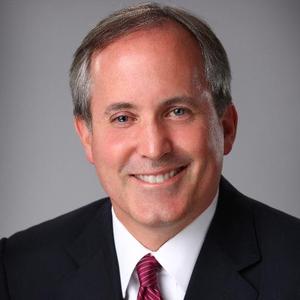 Paxton noted that clerks who refuse to issue licenses can expect to be sued, but added that “numerous lawyers stand ready to assist clerks defending their religious beliefs,” in many cases without charge.

Paxton’s opinion also noted that judges and justices of the peace can also refuse to perform same-sex marriages if others are available to perform weddings without objection.

In short, if you have religious objections to doing the job you were hired to do, Paxton is letting you off the hook. If you get sued, well, they’ll do their best to protect you, but you’re on your own since you’ll probably lose.

This is the same argument used by Christian pharmacists who refuse to dispense birth control pills, getting in between patients and their doctors. It’s wrong then and it’s wrong now.

It’s irrelevant that someone else could perform the wedding in their place. These are government workers we’re talking about, not church pastors. If they’re allowed to ignore the law when they feel like it, why are taxpayers paying their salaries in the first place?

Here’s a better idea: If you want to be an unnecessary obstacle in the way of gay and lesbian couples who want to get married, and you can’t fulfill the duties of your job, then quit. Go find work at a place that values your bigotry. I’m sure there are churches willing to accommodate your bullshit all over the state.

June 28, 2015 Tennessee Legislators Introduce Useless Bill To Protect Pastors from Gay Marriage
Browse Our Archives
What Are Your Thoughts?leave a comment