It’s Not Too Late to Partake in This Historical Moment! June 28, 2015 Richard Wade

It’s Not Too Late to Partake in This Historical Moment!

There’s a widespread and pretty much true idea that everybody of my generation remembers exactly where they were and what they were doing when they first heard that President John Kennedy had been shot. Yes, I do, in vivid detail. My eighth grade English class spelling test was interrupted by the school principal who had come in to tell us the terrible news. The word our teacher had just told us to spell was the word “extraordinary.” I saved that incomplete spelling test with that last word, but over the years I lost it. No matter. The memory is far more indelible than the ink on the paper.

Since then, the precise moments of important historic events that were less shocking and painful I don’t recall as intensely unless I was somehow involved with them. I remember them if somehow I was taking part on the stage, even if only as an extra in the background, instead of just a passive observer in the audience.

In the long, hard struggle for equal rights that reached a major (though not final) victory Friday in the Supreme Court’s decision on same-sex marriage, I have played a tiny, imperceptible part, but a part nonetheless. I marched in a candlelight vigil the night after California’s Proposition 8 passed, I counter-protested on sidewalks against Westboro Baptist Church, I wrote letters to my representatives, spoke to my friends, donated money, and opined on blogs and social media. All these were very small additions, but at least I wasn’t sitting silently and politely in the dark in the orchestra seats.

So it was that when my friends in Parents and Friends of Lesbians and Gays and in several local high school Gay-Straight Alliances organized a rally and celebration at a park in my town on Friday, I was there. I wanted a pleasurable experience to help me remember the historic day, to take an indelible snapshot that will remain in memory for the few more decades I get to live. So I helped set things up, ate and drank, laughed, cheered, and applauded speeches with everyone. Then, very deliberately, I took a quiet moment to gaze out on the lovely view of my town’s valley, breathe in the pleasant evening breeze, take a bite of the delicious chocolate cake, and with all that sensory input I said, “Remember this moment.” Click! I have it. 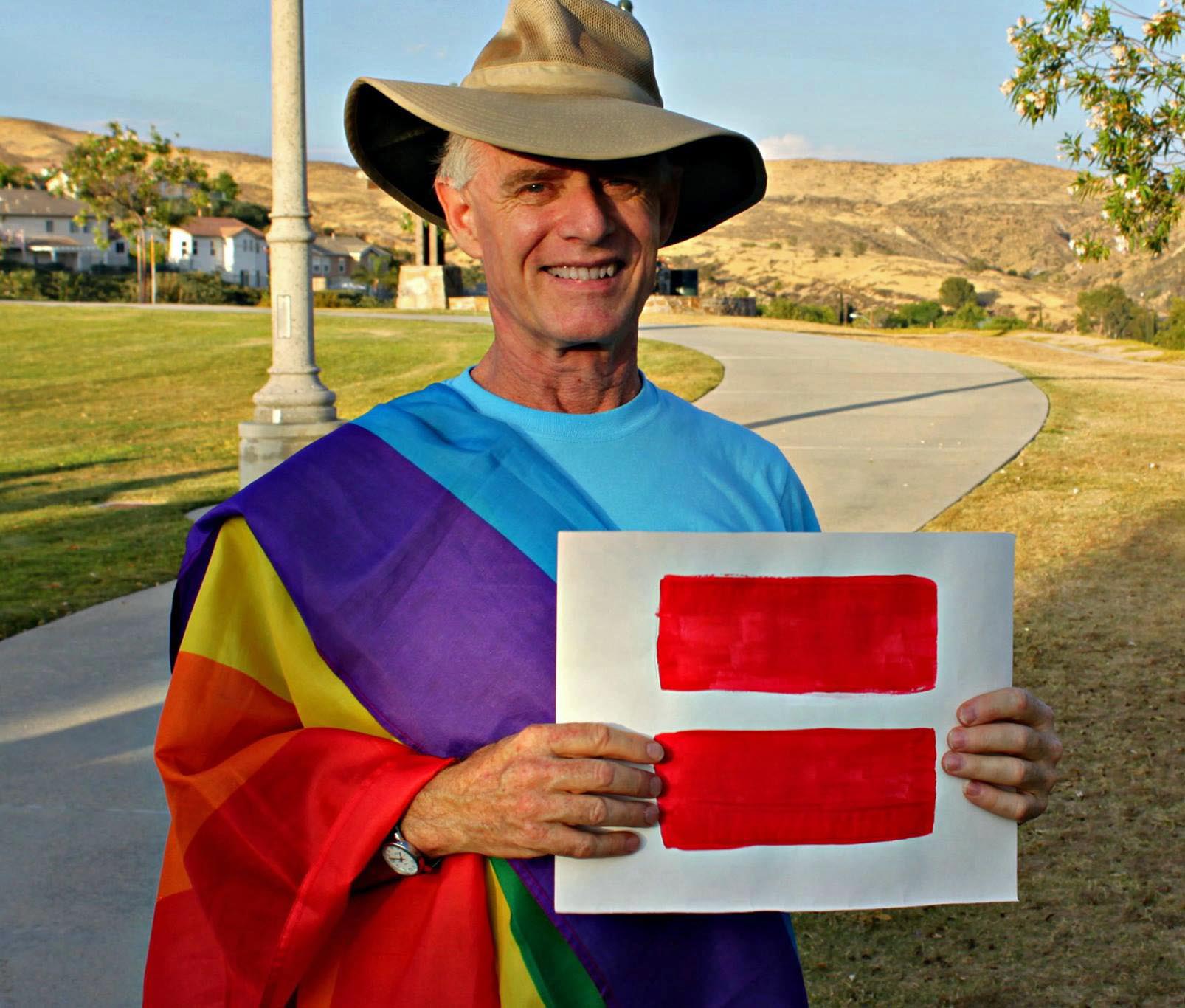 We are living in a time of rapid and important social change. This is a time that future generations will study in history as pivotal for forming the world that they will take for granted. Young people will ask us as oldsters, “Did people really have to fight so hard and wait so long for a right that is so obvious? Be able to say “Yes, and I was a small part of that fight.” We have the opportunity to be the performers, the change-makers instead of just the bystanders of history. Don’t sit on the curb watching the parade go by. Stand up and walk in it. Your part will probably not be noticed by many, but that doesn’t matter. Your part will be missing if you don’t. Partake! 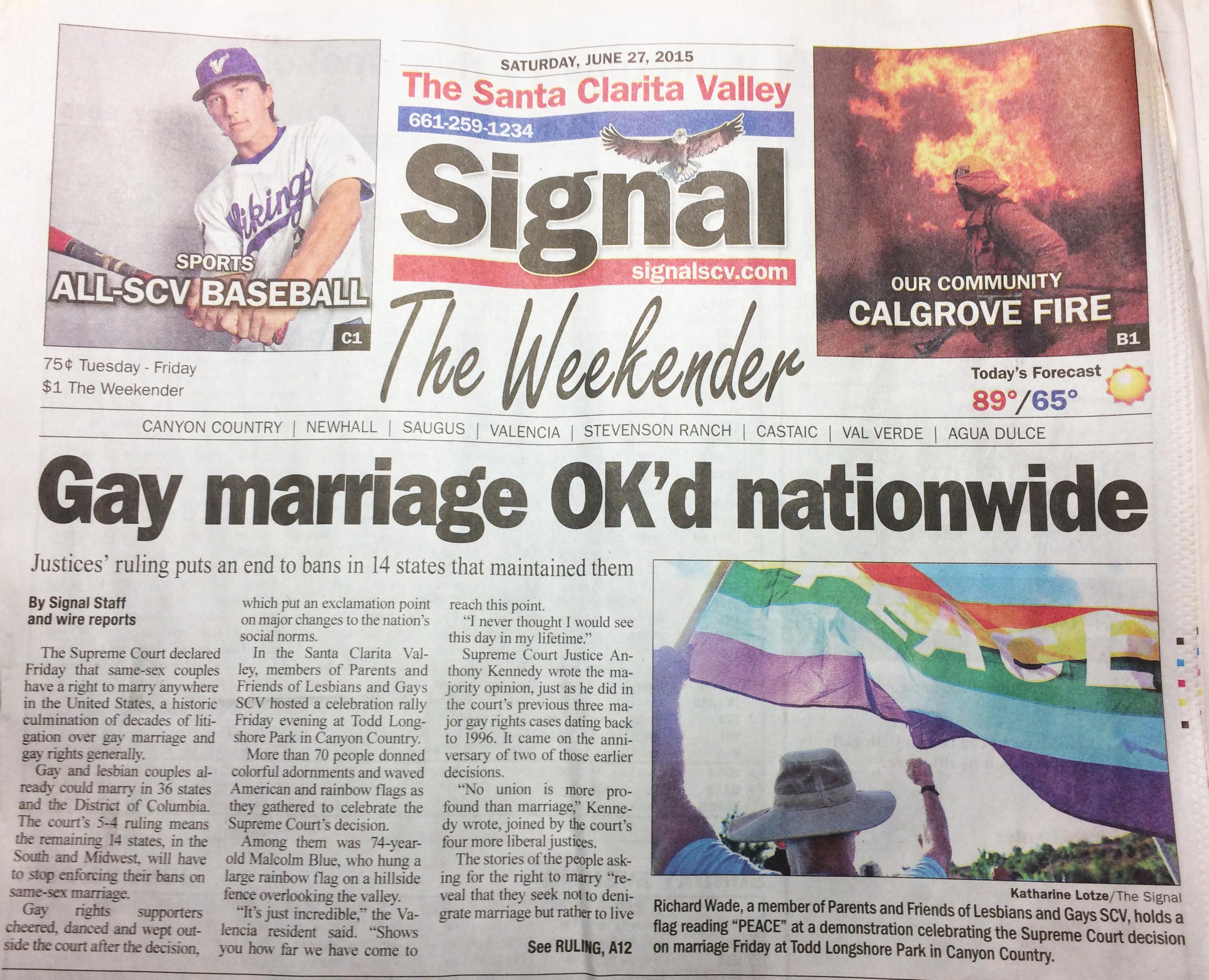 More than enough recognition: The back of my head made the front page of my local paper.

June 28, 2015
Unvaccinated Child in Spain Dies from Diphtheria
Next Post