A Southern Christian Asks for Forgiveness at a Gay Pride Festival June 27, 2015 Tracey

A Southern Christian Asks for Forgiveness at a Gay Pride Festival

This is perhaps the most touching, non-condescending approach to the marriage equality ruling I’ve seen yet.

In Nashville, Tennessee, a Christian showed up at her local Gay Pride festivities to hold up a sign with a message nobody had ever seen before, one of raw humility: 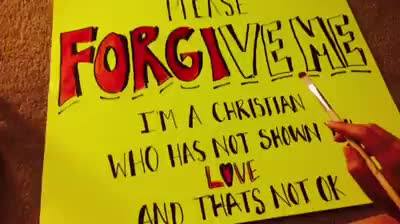 Erika Chambers posted a video of herself sitting in her car this morning, tears in her eyes, explaining how yesterday’s gay marriage ruling had created so much division among her online friends that it prompted a re-evaluation of her own language and perspective.

As her emotion swells, Erika pans the camera over to the passenger seat where we see a bright yellow and red sign. She confesses her anxiety and fear about being moments away from holding it up, which she also explained in the note accompanying the video:

This morning I chose to participate in Nashville’s Equality Walk and hold a sign that said “Please Forgive Me. I’m a Christian who has not shown you love.” I went alone and was nervous. But I got tons of hugs, “thank you’s”, a very emotional “I forgive you” and had a young man tell me a heartbreaking story of how he was treated by his church growing up. One girl commented, “I’ve never seen anyone ask for forgiveness at a Pride event.” I held my sign high to block protesters screaming that the marchers were going to hell. I wept. I listened. Hearts only soften in response to humility, not lectures. And I have never before experienced such a loving response. (Prepare to see me ugly cry) 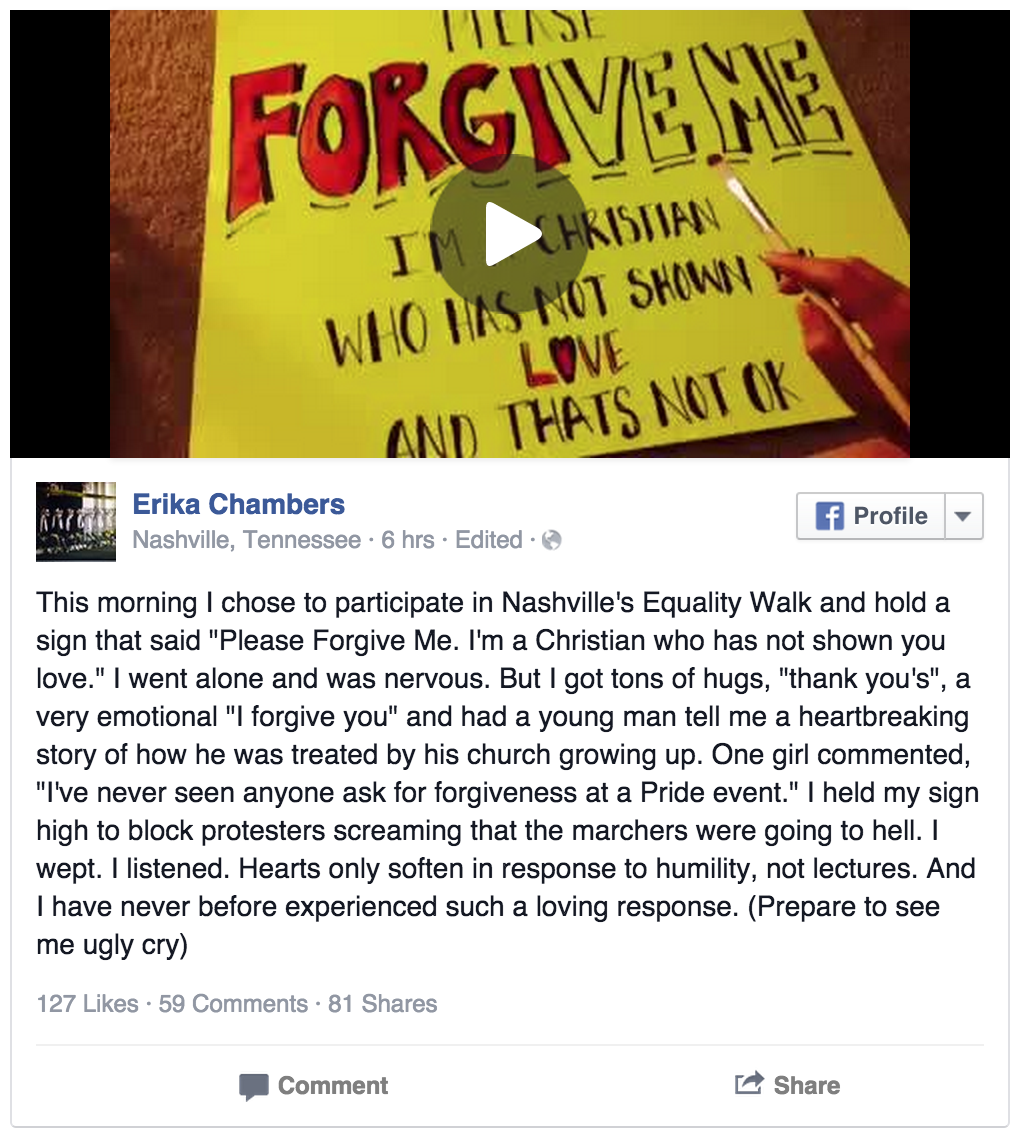 June 27, 2015
Watch Matt Dillahunty Explain How to Appropriately Use the Bible in a Debate
Next Post

June 28, 2015 Stephen Colbert Reacts to the Supreme Court Marriage Decision
Browse Our Archives
What Are Your Thoughts?leave a comment