Earlier today, the Supreme Court ruled in favor of marriage equality for all: 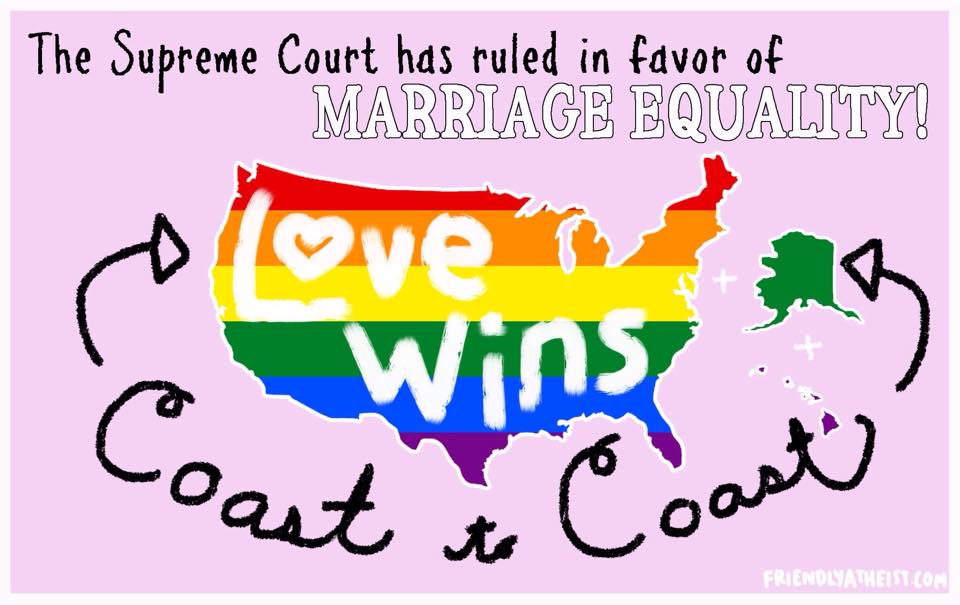 “Today love and the Constitution triumphed over bigotry and religious extremism,” said the Rev. Barry W. Lynn, Americans United executive director. “That’s a great step, but no one should expect the Religious Right and its political allies to give up. They are already working to throw up as many roadblocks as possible to prevent LGBT Americans from claiming their hard-won rights.”

“The high court did the right thing, but that doesn’t mean we’ve heard the last word on this issue,” Lynn said. “In fact, this ruling will create another front in the ‘culture war’ as aggressive Religious Right groups seek new ways to stop the spread of equality.”

“Our country is finally moving beyond outdated, religious definitions of marriage,” said Roy Speckhardt, executive director of the American Humanist Association. “This is a victory for all LGBTQ Americans and allies who fought vigorously against discrimination.”

“Bans on same-sex marriage have their roots in outdated religious dogma, and for generations have relegated members of the LGBT community to second-class citizenship, justified only by what some imagine to be the will of God,” said Ronald A. Lindsay, president and CEO of the Center for Inquiry. “But our Constitution is a secular document, and outmoded religious attitudes should have no influence over who does and does not enjoy fundamental human rights.”

“This decision strengthens American secularism,” said Lindsay, “and finally acknowledges what we have always known to be true: People who love each other should be free to marry, no matter what any church has to say about it. We happily welcome the Court’s acknowledgement of LGBT equality before the law.”

“Love has won the day over discrimination,” said Nicholas Little, Legal Director of CFI. “We are delighted to see that the Court has accepted that religious dogma is not a sufficient justification for restricting the rights of Americans, and we will continue to fight to ensure not only that LGBT citizens are treated equally in all areas of the law, but also that all public policy is based on reason and science, not religious faith.” 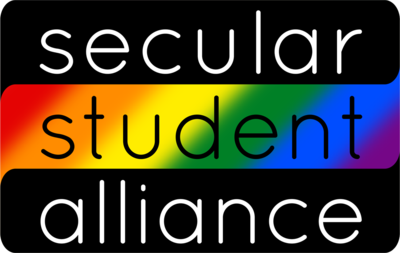 We at the Secular Student Alliance can only say one thing — finally!

We expect to see opposition in the form of ‘religious liberty’ and ‘exemptions’ from anti-discrimination acts that are passed. We believe that religious liberty and equality can and should exist, but just as religion cannot be used to discriminate against women or people of color, it should not be used to “justify” second-class status to our LGBTQ friends.

Though Kennedy is, in our humble opinions, too kind on what can only be termed religious bigotry, we are thrilled with the result. It is now clear for all, including Judge Roy Moore in Alabama, that the Constitution “does not permit the State to bar same-sex couples from marriage on the same terms as accorded to couples of the opposite sex.”

Today marks another loss in religion’s battle to hold back the forces of humanity, compassion and progress. But most importantly, today is a day to celebrate love. Two consenting adults promising to go through all of life’s ups and downs together is a beautiful thing. And now that all Americans can share in that beauty — love has conquered religion. 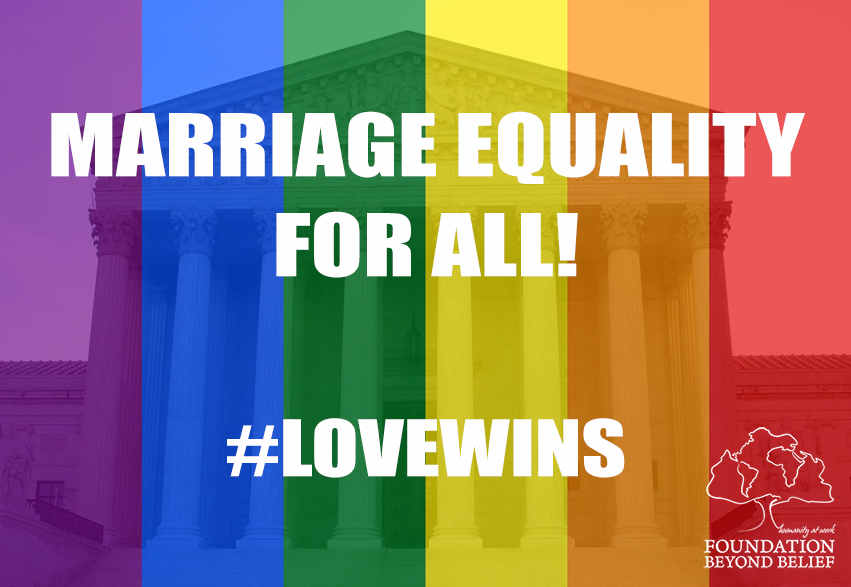 Foundation Beyond Belief celebrates the Supreme Court ruling today that marriage is a constitutional right guaranteed to both same-sex couples as well as heterosexual couples. As Justice Anthony M. Kennedy stated in the majority opinion, “No union is more profound than marriage, for it embodies the highest ideals of love, fidelity, devotion, sacrifice, and family. In forming a marital union, two people become something greater than once they were.”

Equality wins and that is a victory for us all!

June 26, 2015Christianity Today: With Marriage Equality Out of the Way, LGBT People Might Embrace Us!
"They’ve declared themselves to be transphobic. Their views are harmful. They pose a direct danger ..."
kaydenpat Should Two Oregon Educators Be Fired ..."
"Cthulhu saves souls. So that he has something to snack on O_o"
Cozmo the Magician Atheist Sues L’Oreal Over Repeated Acts ..."
"Fries!Oh and doesn't McD sell a veggie burger now? Or is the BurgKing?"
Cozmo the Magician Atheist Sues L’Oreal Over Repeated Acts ..."
"Wait a minute! We've been hearing for the last 4 years now that the Christian ..."
David Cohen Christian Nationalist Preacher: God Will Soon ..."
Browse Our Archives
What Are Your Thoughts?leave a comment