Bristol Palin, Abstinence Advocate, is Having Another Out-of-Wedlock Child

The last time Bristol Palin was pregnant, she followed it up by becoming a spokesperson for abstinence for a cool quarter-million dollars. 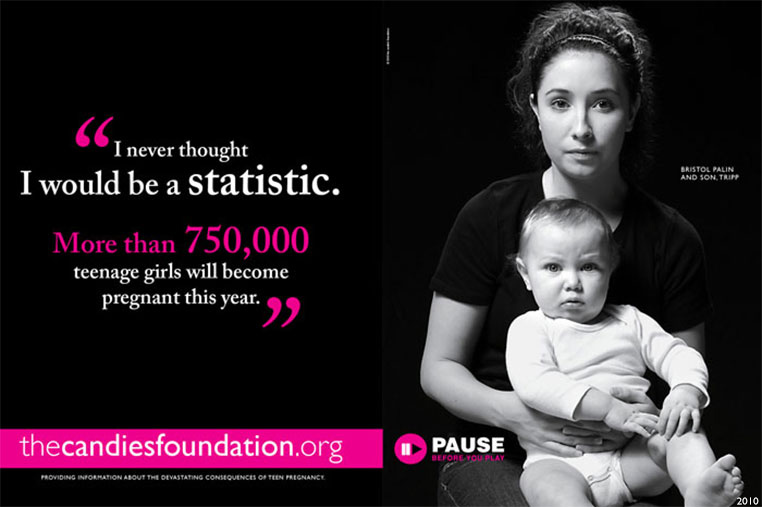 Somehow, she didn’t take her own advice, writing on her blog yesterday (a month after publicly announcing the end of her latest relationship) that she was once again pregnant:

I know this has been, and will be, a huge disappointment to my family, to my close friends, and to many of you.

I had no intention of saying anything until I read that last part.

She doesn’t want any lectures… even though she had no problem lecturing others for making the same choice she did.

You know what? Then think of this as advice instead.

If you don’t want another child, there are some really simple ways to avoid that.

You would think someone who gets “sick” at the thought of abortion would do more to prevent pregnancy from occurring in the first place. At least she’s lucky. Her child will have no reason to worry. Unlike many of the people she had no problem preaching at, her family has plenty of money and I’m sure her baby will be properly cared for.

And if all else fails, there will probably be another reality show in the wings. Because if you’re going to be a hypocrite about abstinence, you might as well do it again with privacy.

All this from someone who has the audacity to ask us not to lecture her.

Maybe she should look in the mirror the next time she wants to preach some of those Christian “family values.”

June 26, 2015
The Ever-Changing Definition of "Traditional Marriage"
Next Post

June 26, 2015 Teacher Sued After Punishing Second-Grader for Being an Atheist
Browse Our Archives
What Are Your Thoughts?leave a comment