This is How Brigham Young University’s Honor Code Hurts Mormons Who May Question Their Faith June 25, 2015 Hemant Mehta

Brigham Young University is a private institution owned and operated by The Church of Jesus Christ of Latter-Day Saints (a.k.a “Mormons”). Unlike some other religiously-operated schools, BYU is a fully accredited and well-respected academic institution. (They even teach evolution!) They also willingly admit both Mormon and non-Mormon students, though the latter pay a much higher tuition rate.

All students attending BYU, Mormon or not, are required to sign and live by the BYU “Honor Code,” which mandates that students live in BYU-approved housing and live by LDS standards — abstaining from alcohol, coffee, tobacco, narcotics, pre-marital sex, homosexual relations, and much more. 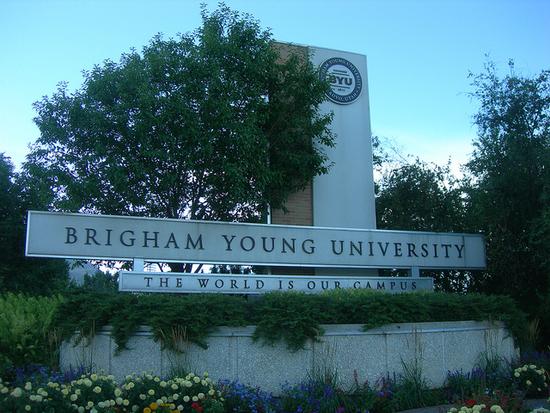 Excommunication, disfellowshipment, or disaffiliation from The Church of Jesus Christ of Latter-day Saints automatically results in the withdrawal of the student’s ecclesiastical endorsement and the loss of good Honor Code standing. Disaffiliation is defined for purposes of this policy as removal of an individual’s name from the official records of the Church.

Should Mormon students discover themselves in such situations, they face expulsion, termination of university employment, and eviction from BYU housing. In addition, their transcripts are often placed “on hold,” preventing them from transferring to a new university.

Non-Mormon students are free to change their religious beliefs anytime. Mormon students who (let’s say) realize they no longer believe in God face a troubling dilemma: they can either be honest and lose the academic progress they have made (and paid for)… or they can lie about their beliefs.

FreeBYU reasonably asks that Mormon BYU students who wish to change their religious affiliation simply be moved from the “member” to the “non-member” roster — in other words, they would be treated as all the other non-Mormon students, including paying a higher tuition in order to continue their studies. Seems like a reasonable accommodation.

Earlier this month, FreeBYU even filed a complaint with the J. Reuben Clark Law School at BYU, saying that the school’s discriminatory policies violated international law as well as several American Bar Association standards and rules.

But that’s just following up on what took place this spring. Back in April, FreeBYU and students who support the group’s mission attended a public accreditation panel to bring this grievous inequity to light. More than 100 current and former students met with a six-member panel of The Northwest Commission on Colleges and Universities to discuss the issue. Though the panel requested that a recording not be made, several students did just that (the audio is not optimal, but a rough transcript was posted on Reddit by one of the attendees).

Many of the students, assuming great personal risk, relayed various concerns on the infringement of religion on their academic freedom. One female audience member stated,

I think that was my number one reason for coming today… is… talking to the accreditation of the university in regards to your faith and religious affiliations. If someone decides while they’re at this university that they no longer believe in Mormonism anymore or say my Muslim friend converts to Mormonism, and then decides to go back to Islam, you can get kicked out of school the way that it’s setup. And I disagree completely on moral grounds with how that’s set up right now. (applause)

[For many] students, this is the only school their parents will pay for. Many people feel trapped because they don’t have any other methods of moving to another school, and because… they feel like they have to hide themselves and hide their true aspirations which is completely against the [Northwest Commission on Colleges and Universities’] accreditation standard…

… I just wanna point out that my experience is really positive, and for most people it hasn’t been that way. I’ve had a lot of personal friends that have been kicked out for the exact same things that I’ve been allowed to continue being a student here for, and I think it’s just like a hit and miss. That’s my biggest issue: that there’s no consistency in the way that our culture is perpetuated on campus, the way that people are disciplined, the way that people are treated for their points of views because some kids feel like they can speak out, and that other people will never speak out a day that they are on campus. (applause)

Several others shared similar experiences and concerns. (Personally, I hope these valiant students represent the future of the LDS Church.) To stand up in defense of those who do not or cannot continue to believe in Mormon theology, at their own peril, is hopeful and encouraging. If their words did not fall on deaf ears, I would not be surprised if there is a quiet change to this policy, especially in the face of a possible accreditation withdrawal and American Bar Association sanctions.

June 25, 2015
Someone Set Fire to Coffee Shop Owned by Jesus-Loving Mayor; Guess Who He Blamed?
Next Post

June 25, 2015 "Did I Just Transubstantiate That Out Loud?"
Browse Our Archives
What Are Your Thoughts?leave a comment