Someone Set Fire to Coffee Shop Owned by Jesus-Loving Mayor; Guess Who He Blamed?

Earlier Wednesday morning, the Will Rogers Coffee Company in Texas caught on fire, damaging part of the exterior wall and melting some freezers inside the building.

Security footage — not yet public — supposedly revealed someone driving up near the building and throwing something at it (in an act of arson).

As it turns out, Will Rogers also doubles as Mayor of Hawkins, Texas, a city I’ve posted about in recent weeks because of the giant “Jesus Welcomes You to Hawkins” sign greeting visitors:

So, of course, Rogers had a hunch about what happened to his coffee shop:

Rogers said he believes the restaurant was targeted by someone who’s upset by Hawkins’ recent commitment to a Christian message. As mayor, he has spearheaded a move toward faith in the community.

Besides having no evidence at all for that claim, it also makes little sense. When a court victory is virtually guaranteed, why would anyone damage his property and make the problem worse?

If he turns out to be right, I hope local atheists do what they can to voluntarily help with repairs. But until there’s proof, Rogers is playing into the Christian Persecution Myth by stirring up anti-atheist rage.

By the way, if you watch the video on this website, it’s worth noting that the picture of Rogers they use is his mugshot. Turns out he’s been in trouble with the law before… 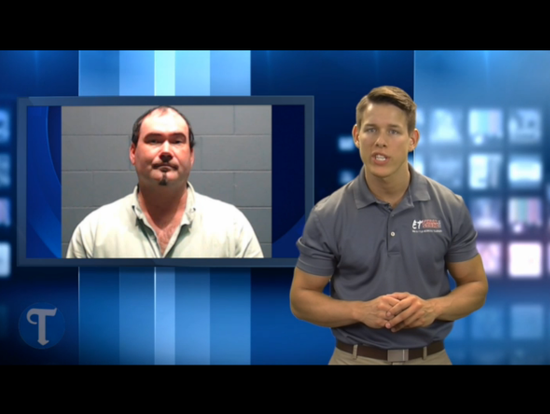 I’m not saying he set fire to his own building… but if that suggestion makes him upset, maybe he should think twice before accusing church/state separation advocates of setting fire to his business with no evidence.

(Thanks to Nathaniel for the link)