It’s not often you see a potentially-NSFW post on Friendly Atheist, so gather around. 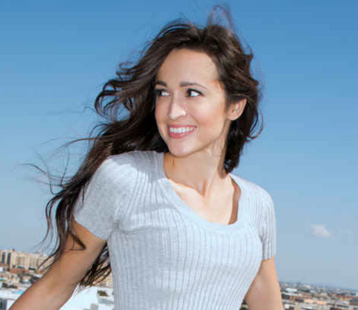 My initial reaction was… well, first it was to click and see (so what if I’m a straight female?), but a close second was my anticipation of the responses regarding sexism in atheism. It’s a source of friction in the community, no doubt. But then I remembered Jaclyn is a consenting adult who owns her body and makes her own decisions. So bravo, Jaclyn.

In all seriousness, though, why do you suppose the title “atheist” was left out of Jaclyn’s Playboy bio? This is what it said:

Jaclyn Glenn is no stranger to YouTube fans. With her gorgeous looks and spunky, hilarious personality, she definitely knows the way into our hearts. It’s no wonder she has 325,000 YouTube subscribers to her channel, JaclynGlenn, where she discusses politics, religion and other social issues. We spent the day with Jaclyn and we’re pretty positive we captured her rockstar looks and personality in this video, too.

Atheism is primarily what she’s known for — 325,500+ subscribers and growing — and Playboy didn’t even mention it.

I strongly suspect they don’t want to upset their predominantly Christian readership.

June 25, 2015
Who Knew There Was a Connection Between Bibles and the Slinky?
Next Post