In case you’re wondering why “atheist” ranks so low on the Presidential electability list, it helps to look at new polling results revealed yesterday by the Public Religion Research Institute.

When it comes to being “truly American,” 69% of people think believing in God is a pretty important ingredient while 53% linked Christianity to patriotism: 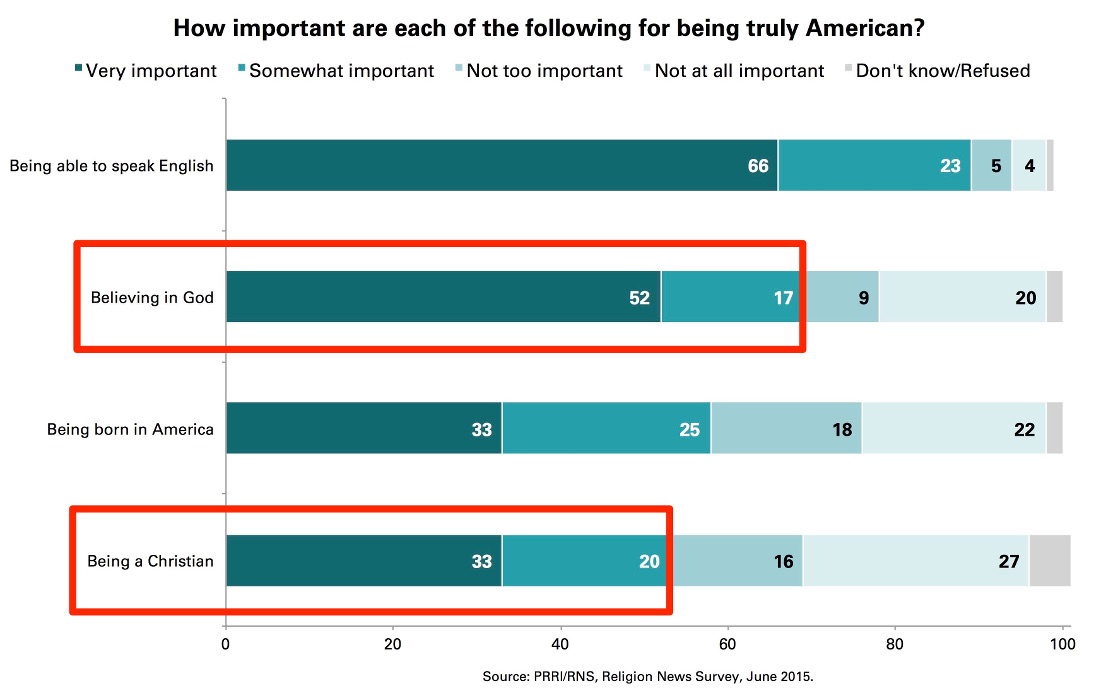 It’s just another example of the social stigma we have to overcome just to be seen as “acceptable.”

The one bright spot to all this appears when you break down the results by age. 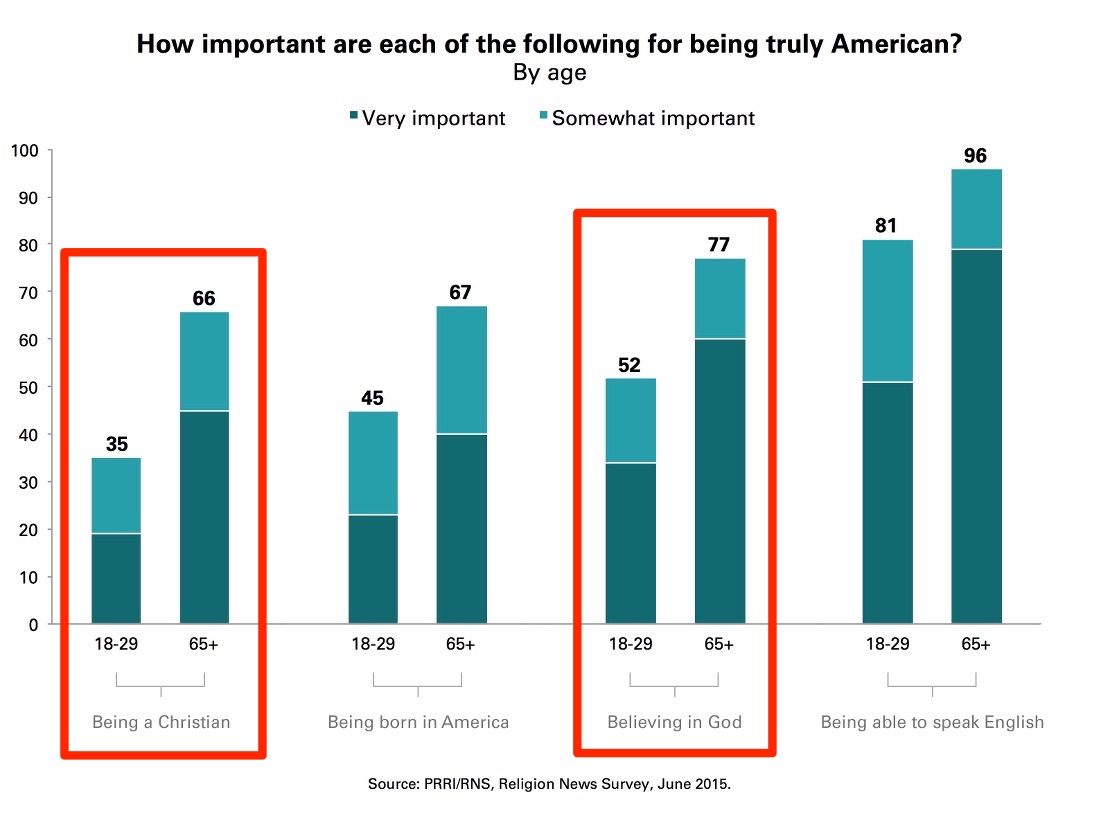 When it comes to believing in God, 77% of People Who Won’t Be Around Forever think it’s a mark of patriotism, but only 52% of adults ages 18-29 agree.

And while 66% of the older (65+) crowd think being a Christian makes you truly American, only 35% of the Millennials feel the same.

So things are slowly getting better, but it’s disappointing that faith — specifically the Christian faith — is so tied to patriotism in a country founded in part on the idea of religious freedom.

(via Religion News Service. Thanks to Todd for the link)

June 24, 2015
A Reminder of Why Gov. Bobby Jindal is an Awful Candidate for President
Next Post