Christian Pastor: If Gay Marriage is Legalized, We Should Be Ready to Burn to Death June 19, 2015 Hemant Mehta

Christian Pastor: If Gay Marriage is Legalized, We Should Be Ready to Burn to Death

Texas pastor Rick Scarborough (below) is one of those people who thinks marriage equality marks the beginning of the end for Christians everywhere.

While nothing will actually change for the worse if gay people can get married, try telling that to him. On a recent conference call for the National Emergency Coalition, Scarborough explained how Christians should prepare to face the death penalty: 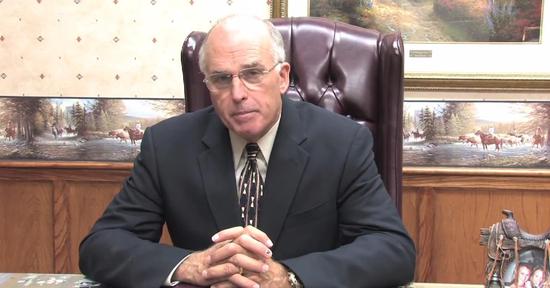 Does Scarborough think sacrificing pastors is the gay-marriage equivalent of a Jewish man stepping on a glass?

This is the sort of hyperbole that some Christians preach that their followers just accept without question. It’s bullshit, and it’s all part of the act.

But take that, Australian couple threatening to get divorced. Scarborough’s gonna set himself on fire!

By the way, Scarborough is the same guy who once threatened to file a class-action lawsuit against all gay people. Because, just like tobacco, they harm society.

(via Right Wing Watch. Top image via YouTube. Thanks to Brian for the link)

June 19, 2015
Despite Warning, Florida Sheriff Will Deliver Another Sermon in Uniform This Weekend
Next Post