A Couple of Quick Thoughts on Rachel Dolezal and Her Christian Upbringing June 18, 2015 Hemant Mehta

I’ve been trying to digest this whole Rachel Dolezal story over the past few days. As you probably know by now, the Spokane NAACP leader resigned after it was revealed she was a white woman passing herself off as black. Obviously, the deception is a problem even if her intentions were good. (I also wonder if she would’ve been even more effective in accomplishing her goals if she fought for the same civil rights as a white ally.) 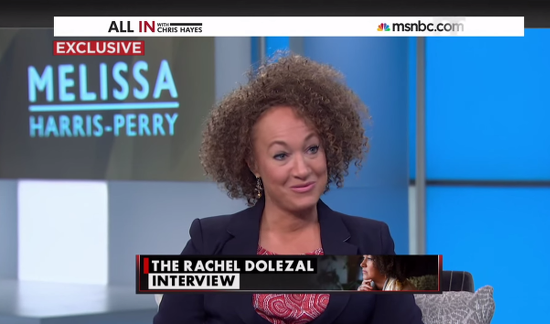 But because this is an issue I’m not particularly well-versed in, it’s been helpful reading the thoughts of people who think about it on a more regular basis. Let me point you to my Patheos Atheist colleague Peter Mosley (a black man himself) whose reflections on this story were fascinating:

My conclusion: The whitest thing about Rachel Dolezal is that she supposedly knows all about black people. That’s white privilege, writ large. She’s not just interested in being black; she wants a higher status among black people — she wants to show that she understands them better than they understand themselves (or, of course, her).

And that’s a confidence I don’t even have. I’ve been a captive of black skin for 31 goddamn years and I’m still trying to understand what the hell that means. That confusion seems part of being black. In my experience, only white people have the swaggering confidence of knowing exactly what it supposedly means to be black in America.

A lot of you have also sent me links to stories about how Dolezal comes from a fundamentalist, home-schooling Christian family, and how that may play a role in this controversy.

If Rachel Dolezal did indeed grow up in an abusive, extremist family, it’s of course no excuse for lying about her identity. But the cult-like fundamentalism that festers in so many pockets of our country does real damage to the psyches of people who might grow up to rebel against their upbringing — and even reject their core identity — in the strangest of ways.

Obviously, taking a singular incident and suggesting it’s part of some broader trend is always risky. But there may be good reason to question the motives of Dolezal’s parents (who “outed” her as white). As Libby Anne notes,

If you read Chick tracts or look at the Accelerated Christian Education curriculum, you can see racist elements in them. It’s certainly plausible that someone raised in that environment would have even more reason than most to do whatever’s necessary to fight back against it.

The more you learn about this story, the more layers you uncover…

June 18, 2015 A New Comedy Show Tackles a Problem with School Prayer
"https://uploads.disquscdn.c..."
bombcat Podcast Ep. 397: Interview with Dr. ..."
"Yes, but you weren't forced to get the COVID shot! Only then can you know ..."
JustAnotherAtheist2 Christian MAGA Cultist: COVID Vaccine Mandates ..."
"You spelled "eye" wrong."
JustAnotherAtheist2 Christian MAGA Cultist: COVID Vaccine Mandates ..."
"So she can see the future but the women down the street were witches? Interesting."
Shari CA Sec. of State Candidate: I ..."
Browse Our Archives
What Are Your Thoughts?leave a comment