Southern Baptist Leader Says He Won’t Officiate Gay Weddings (Not That Anyone Was Asking Him To) June 17, 2015 Hemant Mehta

At the Southern Baptist Convention gathering over the weekend, President Ronnie Floyd (below) told the audience that if same-sex marriage is legalized, he will refuse — refuse! — to perform any gay ceremonies: 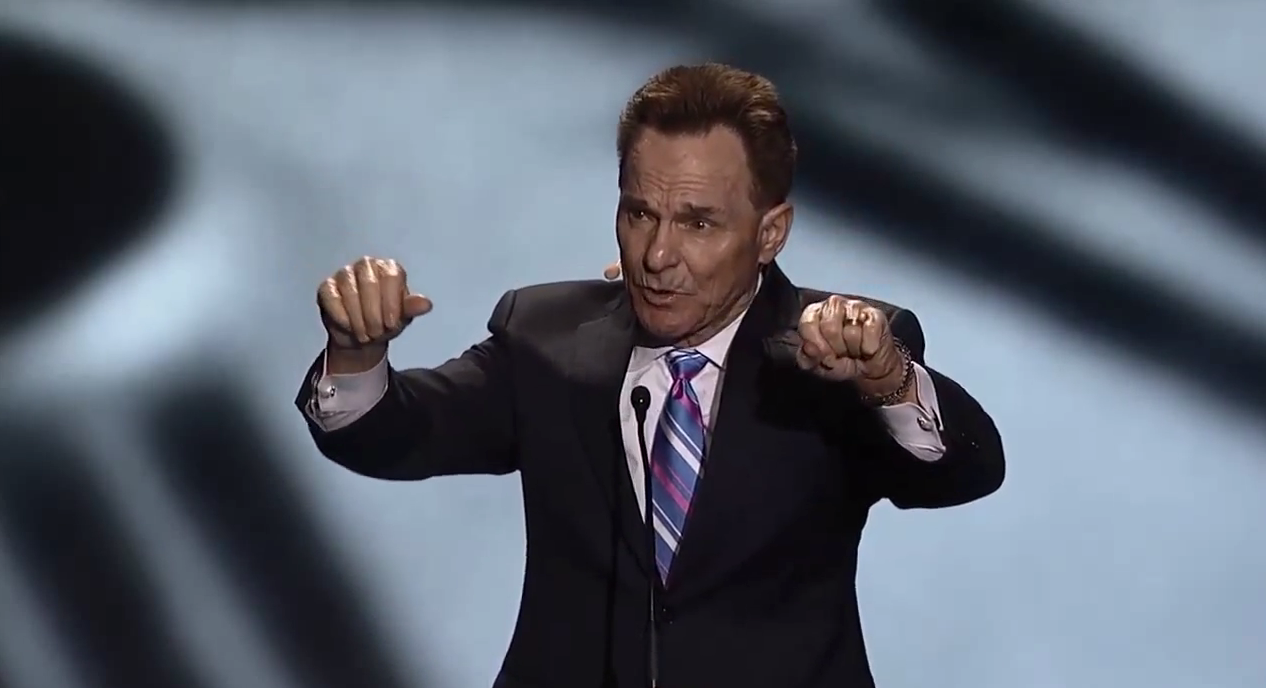 “I declare to everyone today as a minister of the Gospel — I will not officiate over any same-sex unions or same-sex marriage ceremonies,” he said. “I completely refuse.”

To which those of us who support LGBT rights say…

Yeah. That’s fine. We don’t care. We were never going to force you to perform a ceremony in the first place. Hell, no gay couples even want Floyd to perform their ceremony. A wedding is supposed to be a day of happiness, not fire-and-brimstone bigotry.

A growing number of Christians have already faced persecution because of their objections to gay marriage. Public workers have lost their jobs, private business owners have been slapped with lawsuits and complaints and private citizens have been bullied and harassed for signing pro-traditional marriage petitions.

Dr. Floyd stood resolute — the face of what I am sure will be national attacks from intolerant bullies and the radical speech police. There is no doubt he will be called a homophobic bigot. I’m sure some will label his remarks as hate speech.

Well, he is a homophobic bigot, but he’s allowed to be! If the Bible teaches him to be an asshole, who am I to stop him?

Floyd and Starnes are trying to muddy the religious liberty waters by equating two very different things: one — requiring a minister to marry a couple against the teachings of his faith — would be an impermissible violation of religious liberty. The other — requiring government officials and people who run businesses serving the public not to discriminate against gay people or same-sex couples — is not.

Not that Starnes or Floyd care to make any of that clear to their followers. They have too much riding on the ignorance of the people who take them seriously.

June 17, 2015
Confidence in Organized Religion at an All-Time Low... Again
Next Post

June 17, 2015 Christian Evangelist Raising Money to Give Bibles to Starving, Homeless Iraqi Refugees
"The perfect Secretary of Religion for the Second (really Third, because the second was stolen) ..."
Bill L. Evangelist: Let’s Pray to “Neutralize” the ..."
"She's clearly delusional. She assumed that "God" was in control of the car. She should ..."
Tacoma Atheist Driver Who Let Jesus Take the ..."
". . . this smug tweet . . . Yes, it's possible to lose touch ..."
Foxglove Despite Anti-Vaxxer’s COVID Death, His Pastor ..."
"What a lovely Murder!"
Kevin Pennington Despite Anti-Vaxxer’s COVID Death, His Pastor ..."
Browse Our Archives
What Are Your Thoughts?leave a comment