A Mother and Daughter Discuss the Lack of Atheist Presidents in This Beautiful Visual Story June 12, 2015 Hemant Mehta

Last month, I posted about a conversation between Kate Cohen and her nine-year-old daughter. She wanted to be the first female President, but since that box may be checked off by the time she’s old enough to run, Kate suggested she consider becoming the first atheist President instead.

The Washington Post took her story and animated it, and the result is just incredibly cool. Start here and scroll your way down. 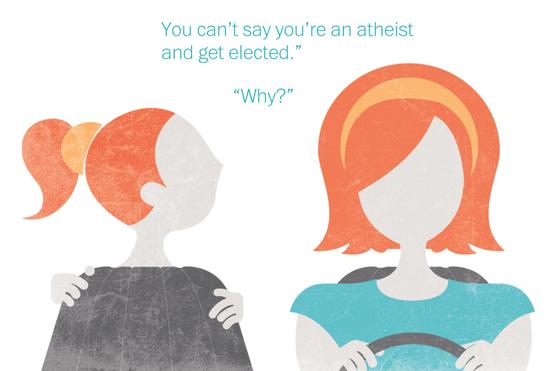 How neat is that?!

Hats off to Samuel Granados for the imagery.

June 12, 2015 A Disturbing Look at Brazil's Youngest Preachers
Browse Our Archives
What Are Your Thoughts?leave a comment